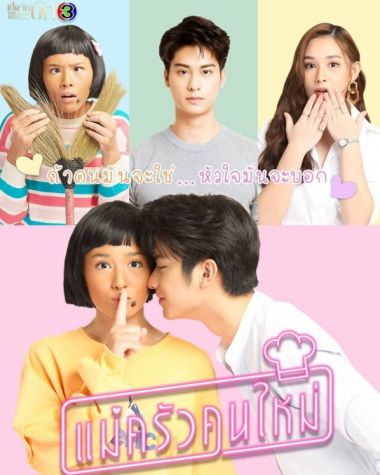 Lormdao was to get married with Param, but she refuses to because she never saw him and doesn't even know how he is. So she disguises herself and works under Param's family as a servant by the name of Faidam. From there, Param becomes suspicious of her. Until one day, he discovers that she was Lormdao, the girl he was arrange to get married with. Slowly, the two fell in love with one another. credits to: rightful owner

Lormdao and Param are forced to get married by their elders but because they’ve never seen each other before, Lormdao refuses to marry him. After hearing rumors that Param was broke and needed a woman to marry to up his status, Lormdao disguises herself as Param’s new cook to investigate his family more closely to see if he really is after money or not. credits to: thippy