Mafia The Series: Guns and Freaks 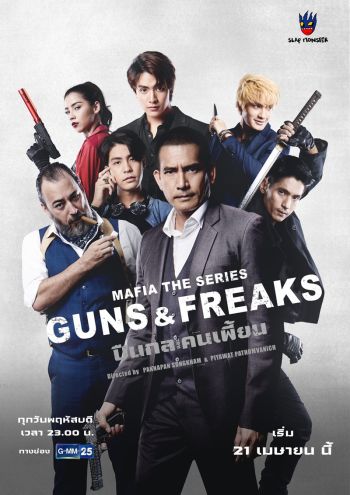 Mafia The Series: Guns and Freaks

The story is about Beam, an ordinary sophomore university student. Even if he is weak to the world, after his father Rachen died mysteriously, he gets the dream of becoming a hero. His life will never be the same again when he finds that his father was the leader of the Nemesis gang, the biggest mafia organization in Thailand, and Beam, instead of becoming the hero of his dreams, must become the head of a terrorist organization. (Source: Google translate mgronline || Edited by My DramaList)