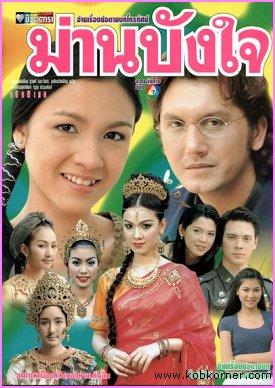 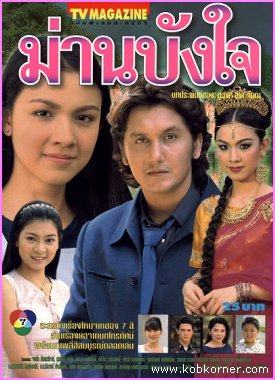 Lada's (Kob) father came out from a clothes store holding a bag, in there was an Indian clothes for his daughter to use for the play at her school. He was in a hurry to go see his daughter. Then, a car came and bump into him hard. Taen (John) was the driver of that car. He didn't mean to do that, it was by accident. Lada's father told Taen to take the clothes to his daughter at school, her name is Lada. Lada's father was taken to the hospital. Taen got to the school and asked one of the professor to help take the clothes to Lada. When a student took the clothes to Lada, she knew that her father will get to see her acting on stage. When Taen heard the name "Lada," he was shock. Lada takes a look at the chair where her father suppose to be seated, first she saw her father, then she know that it wasn't her father. __HIDER__

<hide> After the played, Taen heard two guys talking about Lada. A wealthy old Chinese man want to buy Lada. Soithong (Lada's stepmother) and Soisoun (Lada's stepsister) received a call that Lada's father is in the hospital. Lada didn't know anything about her father yet. She sleep at the school campus, she is not allow to come home until her days off. Taen went to the hospital, Lada's father told Taen to help takecares his daughter for him and Taen promised him that he will takecares her for him. Lada's father died, he didn't get a chance to see Lada before he died. Taen went to Lada's school and asked to see Lada to tell her that her father had pass away. Lada think that Taen is a good friend of her father, then in the car Taen told the truth to Lada that he's the one who drove the car and bump into her father. She got so angry at him and get out from his car and ran toward home.

They make the funneral for Lada's father. Taen went with his brother to the funneral, Soithong greets Taen very well, cuz she knew that Taen is a wealthy man and she didn't bother to blame on him at all. Many days have passed by, Soithong tald Lada that she can't support her going to school anymore. That was a sad news for Lada, education was the one thing that she could look up to in the near future. Saison (Lada's stepsister), call to Taen that her mother want Lada to marry to the Chinese man. Taen went to talk to Saithong about Lada, that he would like to marry with Lada for her owned goods. Saithong was so happy, she was happy to see Lada marry to Taen, then she can be in a high class as well.

Taen has two young daughter named Pepsi and Cola. They are so adurable, Lada loves these two kids so much. Taen and Lada stayed in a separate room after their marriage. Lada always read bedtime story to Pepsi and Cola. Sometime Lada's friends at school come to visit her at her home. Taen gives her permission to do anything she want. Taen get jealous to Lada with other guys. Saithong and Saison come to lived in the house with Lada. Taen gives the permission for Lada, but Tai knew that Saithong want Lada to married his brother (Taen) because of money. Taen's brother (Tai) always say bad thing to Soun. Soun don't want to make a big deal out of it, she just keep it to herself. Soun loves Lada so much, they care for one another.

But, sometime Lada started to think that her husband (Taen) and her stepsister always have something to talk to each other. Lada was kind of jealous, but she don't want to believe or think bad things about her sister. Saithong want her daughter, Soun, to have a close relationship with Taen, not just like a sister-in-law. If Lada don't likes Taen then Saithong will try to make Taen likes Soun. Tai force Soun to move out from his brother's house. Soun went to stay at Tai's condo for while, she wrote a letter telling Lada and her mom that she's moving out from the house. When Lada heard about this, she was shock and were crying at the same time. Her stepmother (Saithong) started to blamed on her, that it was because of her that's why her daughter (Soun) ran away from home. Taen was there beside Lada when Saithong was blaming on her, he was there to support Lada while she got blamed by her stepmother.

Days passed by, Soun called to Lada and tell her that she's feeling fine don't worry about her. Tai's girlfriend know that something is wrong with Tai and then she found out that Tai has been hiding something from her. She found out that Soun has been staying at Tai's condo and sleeping in his room. She got so mad, they got in a fight and Tai was protecting Soun from getting hurt by that witch. She drove to Taen's house when she got there, she went inside the house yelling at everybody. Told everybody in the house that Soun is at Tai's condo then Saithong heard it. She was so mad and start off to Tai's place. When she got there, Tai just drove off to somewhere Saithong knock on the door and Soun went to opened the door. Saithong started to hit her asking her why is she living with Tai. They went outside Soun was crying telling her mom that she don't want to go, but Saithong kept on pulling her arms to go with her. Then Tai came back and pulled Soun from her mom. Saithong yelled at him that she wants her daughter to go back with her. Tai told Saithong that Soun will stay with him and they loved each other, so Soun will have stay with him forever.

Saithong was so mad she started to do something bad to Lada. She and one of Lada's friends try to make Lada to get in the car with them and then kidnap her to sell her to the old Chinese man. Taen went looking for Lada he knows that something was wrong. Lada try to grab the wheel of the car, the car got crash but not hard. Lada got out from the car and Taen was nearby, she ran to Taen with tears coming down from her eyes. She told Taen what happened and Taen try to make her feel better. At the end, Taen and Lada finally understand their feeling for one another. They finally have the chemistry as husband and wife. The End.