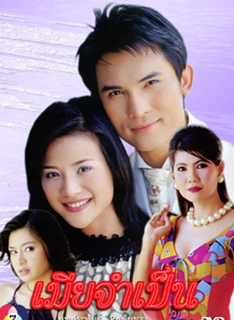 Namfon was forced to marry Bee instead of her cousin because her cousin thought he was just an ugly hill billy. Eventually Namfon and Bee fall in love and Bee ends up finding out who she is. Her cousin wants Bee back after seeing how handsome he looks. Bee rapes Namfon one day and hurts her everyday until she finds out she is pregnant. Bee finds out but sadly she ran away. So months pass and Namfon gives birth and her baby gets kidnapped, she suspects it's Bee who did it and she goes to confront him. Bee doesn't know anything about it and finds the baby. He and Namfon then make up and live happily ever after.