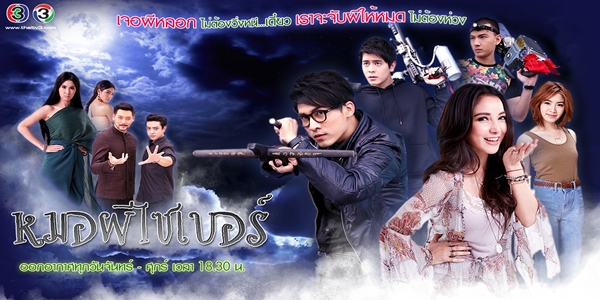 Saitaan and Choneecha were twin sisters. When they were little, their boat sank and so their parents had to save them. Unfortunetly, the parents drowned and so was Saitaan. Choneecha was the only survivor and she was adopted by another family. Even though Saitaan had drown, the spirits of the water saved her and made her their adopted child underwater.

Years later, they grew up. Choneecha is a very nice, patient, girly girl who can't speak up for herself. On the other hand, her twin sister is the opposite of her. One day, the sisters met each other and the secrets were exposed by the spirits. Both of the girls never knew about the incident that had happened years ago.

Choneecha had an accident and her spirit went out of her body. The water spirits said that it's time for Saitaan to replace Choneecha because Choneecha can only live half her life as human and the other half, Saitaan has to live. Both of them were depressed, but they couldn't do anything. Their lives changed from that point on.