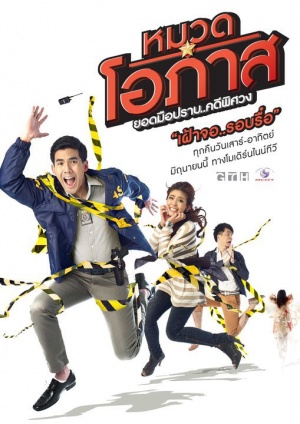 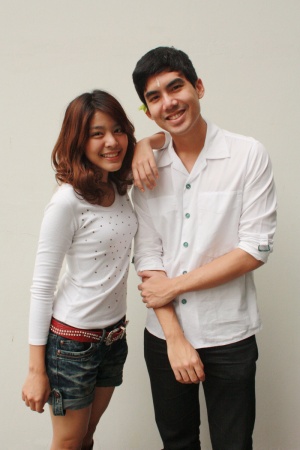 This lakorn follows Loma Dare to challenge one’s dream (a terrible lakorn with muscular male actors who couldn’t act). At the opening/prayer ceremony, Ter joked:” after watching 6 packs, you get to watch something crappy”–referring to his lanky body. They wanted Ter to take off his shirt, but he refused. Noona flipped his shirt a little and said, ‘show 6 pack na ka’. You can watch the clip here. It’s funny, they are funny together. From Lyn's Lakorn Blog