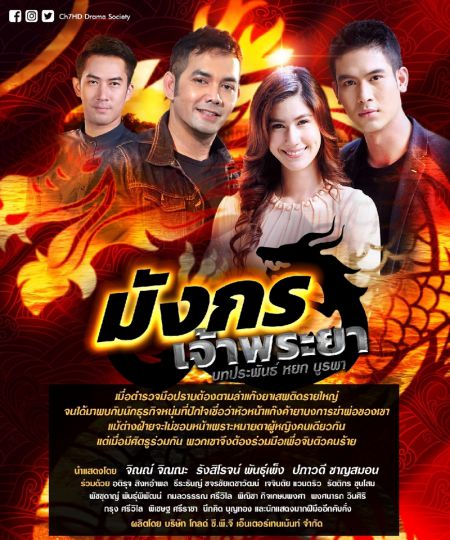 P'ek (Mike) is half Thai half Hong Kong. N'ek (Fang) and p'ek dated before and their fathers were close friends. After they broke up, Fang returned to Thailand and become a teacher/ kindergarten owner. After Mike's father was killed, he also returned to Thailand to investigate the case. There is a police (Tom) who is assigned to handle the case but Mike does not trust Thai police, so he does his own investigation. Both Mike and Tom are fighting for Fang. In movie version, there was no closure who Fang picked at the end. But I guessed, lakorn version might be different.

p.s. Fang's father has an adopted son whose name is Fong. He and Mike are very close friends. Mike does not know that Fong was behind the death of his father.