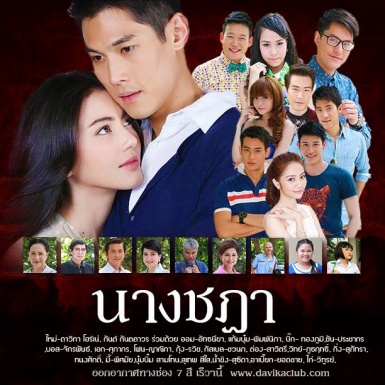 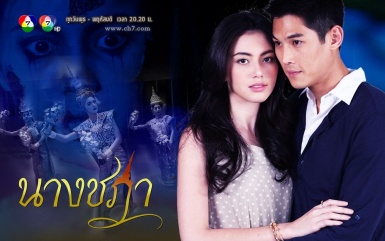 Techit and Chompoo choose one house as a home for newly wedding couple. When both of them come in this house. Chompoo feel that someone walk around the house. She always feel that someone walk around her bed. She heard thai orchestra sound. It come with the wind. It make she have standing on the end. When she watch TV alone in downstairs. She heard that someone run in upstairs. Chompoo believe that this house must be haunted house. And her friend die one by one, it make she freak out. She don't know that her secret will open, and it will take back from her.

-Another Synopsis- Chompoo and Rinlanee are best friends and dances together. Chompoo and Techin are engaged, but Rinlanee does not know that. On the other hand, Techin has dreams and visions of Rinlanee, so he draws her. When Chompoo invites Techin to see her dance, Techin sees Rinlanee and immediately falls in love with her. Rinlanee is an orphan and often gets bullied by a group of friends. They harass her and spread fake news about her. They even pretended to be her friend. After Rin finds out that Chompoo and Techin are engaged, she tries to back away from Techin. Chompoo finds out that Techin and Rin are together, and she is angry. She also hears the group of friends speaking of a plan to do something to Rin, but she keeps it to herself. After coming back from a dance performance to the school, Chompoo is angry at Rin. Rin tries to tell Chompoo about her and Techit, but is interrupted by a phone call. Chompoo excuses herself to the bathroom and encounters Rada. Rada tells her that her car isn't working and asks Chompoo to go with her. Meanwhile, Hongyoke lies to Rin that Chompoo fell in the bathroom and needs help. Rin goes to the bathroom to find some men. They beat her up and take her to a car. Chompoo walks back to the school and sees that some men have taken Rin. Rin and Chompoo makes eye contact and Chompoo hesitates to save Rin. The men shoves her into a car and drives away while Chompoo thinks and decides to help Rin. As Chompoo chases after the car, Chompoo gets hit by Techin, who is suppose to pick up Rin. The group of friends beat Rin up while Rin begs them not to kill her. Ekkarat strangles her and she pretends to die. The group of friends are scared and convinced that she died, so they decided to bury her in the woods somewhere. Because the others were scared and leaves, two of the men dig a hole to bury her. One of the men leaves, while the other continues to dig. Rin wakes up and begs him to let her go, but he refuses. He buries her alive and leaves. Chompoo forgets her memories and has no clue about the incident. Techin is confused that Rin disappears without anyone knowing. Because Techin feels guilty for hitting Chompoo, he decides to take care of her until she gets her memories back. Meanwhile, Rin comes back to haunt the group of friends. They are terrifed, so they ask a shaman to help them. They go back to the place they buried her and nails a protection paper, so Rin can't bother them. Years pass, Techin comes back to Thailand and finds the area where Rin is buried and buys that land. Without knowing, he frees her ghost and she continues to haunt those who killed her. Synopsis by: Waan I