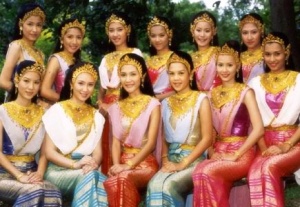 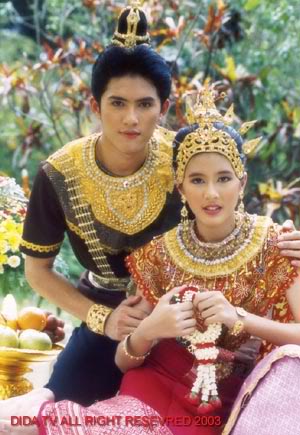 Spoilers Warning! A wealthy man and his wife have everything they desire except children so they try every method, from drinking medicine to praying to gods and deities. They finally succeed but they are all daughters. After trying again and again until they have 12 daughters and no sons, the wife decides to stop. But suddenly they lose all their money and unable to feed all the children, the father takes all 12 into the forest and leave them there. An ogre queen comes upon them and instead of eating them she decides to take them in as her children. But, years later, the 12 discover that they are living in an ogre kingdom and escape. The ogre queen is filled with rage and sorrow; she feels betrayed because even though she loved and indulged them they still feared her when they found out and ran away. The 12 find their way to a human kingdom where the king is ill and they volunteer to cure him. He falls in love with them and they all become his wives. However, their happiness didn't last long and soon after they discovered they were pregnant, their ogre mother found them with the intent of revenge. Using her magic to enchant the king, she became his wife and one day faked sickness. She convinced the king that the cure required the eyes of the 12. All of the 12's eyes were taken except the youngest who was left with one eye. They were exiled to a cave and were so starved that when they each gave birth to stillborn children, they ate the flesh in desperation. But the youngest refused to eat the flesh and when her son was born alive, she tricked her sisters that her child was stillborn too and gave them the flesh of the other children that she'd saved. Years later, the king discovers that he has a son and happily takes him in. The ogre queen is also touched by the kindness Rodthasaen shows her when they met before and comes to love him. They live peacefully together until the ogre queen discovers that Rodthasaen will cause the death of Maree, the daughter of a relative that she'd adopted and loved very much. Pretending sickness again, she send Rodthasaen to her kingdom with a letter instructing Maree to kill him when he reaches there. But a forest ascetic he mets along the way secretly changes the letter to instruct Maree to marry him instead. Maree falls in love with him and her possessiveness towards those she loves makes Rodthasaen feel smothered. He also discovers the eyeballs of his aunts and mother that have been magically preserved. He steals them and escapes after making Maree drunk. She wakes up and pursues him but he uses magic to create a sea of lava and prevent her from following him, but promises to come back to her. She begs him not to leave or else she'll die. He succeeds in restoring the 12's eyes and when the ogre queen realizes that Maree must dead if he has returned, her heart breaks and her body turns to ashes. Rodthasaen returns to Maree, he discovers that she has already died; before she died, she prayed that just as she followed him, in the next life it would be his turn to follow her and meet with dangers and obstacles. Consumed with grief, Rodthasaen dies with her in his arms.