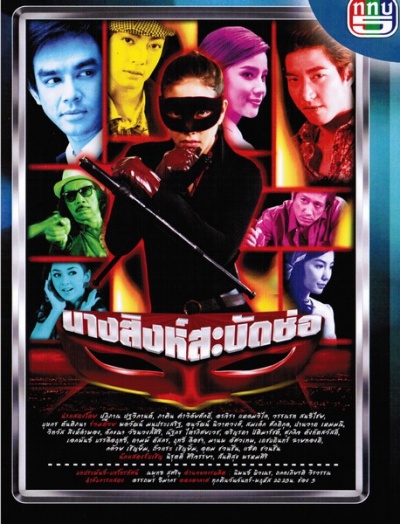 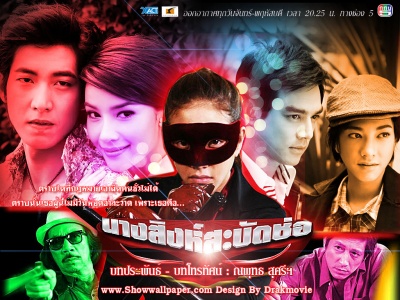 Kaew (Pang) and Penporn(Erk)’s parents were killed by a bad guy when they were a little. After Kaew's escape, she was trained by one of her dad’s best friend. Kaew became an awesome fighter and headed back to her village. Kaew dresses up like a man and becomes Nang Singh. She wears a red mask when she goes into action to take revenge for the villagers and to help the police out.

Thummo (Mos) is a police officer sent down to the same village for a mission. He is in charge of arresting Nang Singh and becomes a friend of Kaew meanwhile. What's more, Kaew finds herself loving Thummo.

Penporn became a policewoman and also goes back to the village. When she found out that Nang Singh is Kaew, they reunited and took revenge together. She loves Kaew too.

Right now the bad guy is still the “star” of the village. He has a daughter - Wartsana (Vill/View),who doesn't want to be a bad person like her father, so she becomes a doctor.

Yong(Tono), his dad, and sister(Pei)run a little restaurant in the village. He finds Kaew's secret and helps her, although Yong is clumsy in fighting. He still does what he can do because he wants to do something meaningful to prove that he is a strong person that is qualified to love Wartsana. Yong helps Kaew and fights with his rival in love--Jumroen (Ball) who also likes Wartsana.