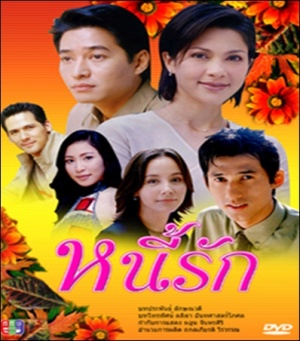 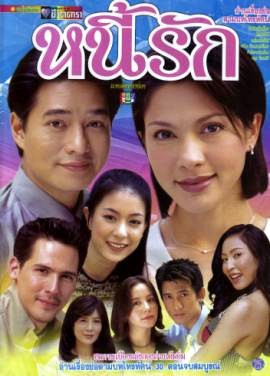 I haven't seen this lakorn is ages so some of the storyline might be wrong. Kong and Mam have known each other since she was a child and he was a teen. He was her hero and a very dear person to her and her best friend (Yada). Yada was adopted into Kong's family so she was kinda his sister. Mam was sent to a boarding school by her father after her mother died so Mam and Yada lost touch, but she was still in touch with Kong. Years later Mam graduates school and Kong is always by her side, but he is hiding a large secret from her. He is now married to Yada as his parent's request. Kong doesn't love Yada and he loves Mam very much but he doesn't tell her. Mam returns home to find that her father has remarried and she now has a brother. Mam's stepmother is a very nice woman but Mam doesn't like her and his very mean to her. As for her brother she is ok with him. Mam goes to the mall and meets Yada, Yada wants to introduce Mam to her husband and Mam is shocked to see and know that Kong is now married and he has been hiding it from her all this time. Mam gets angry, but what's even worse is that Yada is pregnant. Mam now hates Kong and refused to talk to him and makes him jealous by using Oliver. More drama happens and Mam ends up taking care of a very pregnant Yada while Kong goes for a business trip. Yada one day realizes Kong's feelings for Mam and now becomes jealous. So Yada ends up with a heart problem. So one day her stomach hurts and she gives birth early. Yada's heart problem becomes worse and only has a 30% chance of living so before her last breath she asks Mam to take care of Kong and her child for her and Yada passes away. Mam and Kong are still bitter with each other and while they argue Mam's little brother takes the baby and runs away and is about to get hit with a car, Mam uses herself as a shield and ends up in the hospital. Her and Kong come to an understanding and live happily ever after. I must say this is one dramatic lakorn that will depress you, i got bored watching this after a while, so if you have little patience with lakorns like this i don't recommend this lakorn. But if you love drama like this you'll love this.