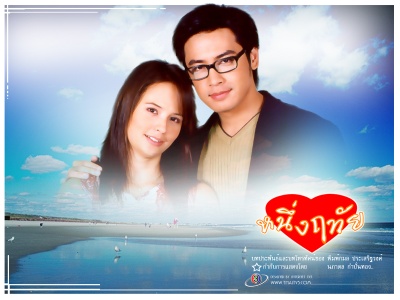 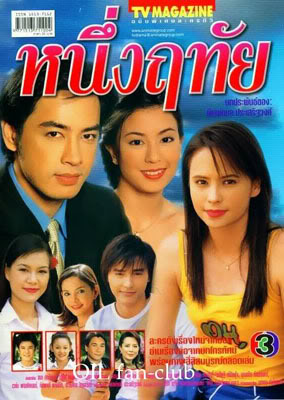 Nueng (Ann) born to a rich family and very spoiled, she lives with her two aunts, father and grandmother. Pat (Oil) is friends with Nueng since they were young and just recently came back from overseas, Pat's family is best friends with Nueng's family, Nueng loves him, but Pat adore Nueng as a sister. Pim, lives with her mother who owns a golf course and comes from a rich family line, she attends the same university as Nueng, but is not notice because of her nerdy dressing. One day Nueng and Pim became friends and she gave Pim a make over, revealing her beauty behind those glasses and puffy hair with braces. Once Nueng introduce this new Pim to Pat, he secretly falls in love with Pim. Nueng's dad and Pim's mother fell in love, the two girls were happy to know their parents loved each other and became a family. However Nueng's aunt who is Nueng's mother's sister was jealous of this, since she loved Nueng's father so she would often tell Nueng awful things about the new mother and how Pim is trying to steal all the love away from Nueng. This makes her very upset that she turns into a bad person who would abuse Pim and starts to hate Pim's mother and destroy her father's new family. Things got worser when Nueng accidentally push Pim's mother down the stairs while she was pregnant, everyone quit talking to Nueng. During this time Nueng was developing a brain tumor, she visits the doctor daily without anyone knowing. Until one day, her aunt reveals the truth to her that all the bad things she had said to Nueng about Pim and her mother was lies. Nueng realize she has done a lot of wrong things and wanted to make up to everyone before it was too late. What will happen to Nueng? Will she ever recover from the brain tumor or pay her sin by dying from the brain tumor? Will Pat ever love Nueng? Will Pim and her mother forgive her?