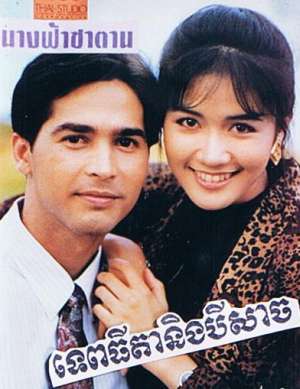 The N"k father rape the P"k mother . The mother came home ashame to face her hsuband -- hang herself & the husband was sadden by the death of his wife so he SHOT himself and the P"k was around 10 years old i htink and witness his parent death so he vow revenge over th N"K family . 20 odd years later the P'k plot to revenge the family by making the oldest brother in debt and have an affair w/ his wife -- yes P"k was a manwhore ^^ . He court the 2nd sister and make her break up w/ her bf & the youngest sister is the N"K --- they alway fight but their bicker is FUNNIE . P"k is very cocky & perverted . He couldn't do anything to the youngest sister cuz she is strong and see thur his scam so he break a deal w/her IF she marry him all the affair & meddling w/ her family will stop . ON their wedding night he reveal the truth why he hated her family so much . He told her since her dad rape his mom he will do the same thing to her ^^^ *shirt rip*

If someone else want to give another review just write it under the other synopsis. Give your own synopsis or get it from somewhere. If you get it from someone/some site/somewhere MAKE SURE YOU GIVE CREDIT. Very important.