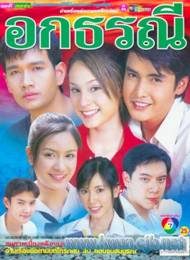 Loy (Ek) and Salapee (Pornramp) were lovers and Gamlai (Benz) was Salapee's little sister. On a rainy night, Loy sneaked into Salapee's room and misunderstood that Gamlai was Salapee. Salapee came in time to see what was going on and misunderstood that her boyfriend and little sister had betrayed her. Their mother had also died that night, which Salapee blamed Gamlai for. Gamlai was force to leave home and her relationship ties with her sister and father was cut. Later, Salapee gave birth to Pai (Kwan) and she wanted Loy to get rid of the baby and sign the divorce paper. Loy took his baby back to the countryside to live with Gamlai. He married Gamlai. Later many of the villagers gossiped about them so Loy decided to leave the village. He meets his biological father who's a rich guy and he then became rich. Thawin (Louis) married Salapee who was going to be his daughter, Lom-Ta's mom.

After Pai (Kwan) grew up, she and her mom meet so many obstacals that they had to overcome. Pai grew up to be very tomboyish because she had to adapt to the harsh environment. Wimarn had just escaped his wedding ceremony with Lom-Ta to the countryside where he met Pai (Kwan) in the paddy fields. It was love at first sight for Wimarn. Wimarn instantly calls her "Nang Fah" and "Theptida" which Pai thinks he's crazy----

How will love blossom between the two? Will Pai be able to meet her father one day and will she be able to forgive her biological mother for abandoning her? Will Salapee be able to understand her own sister?