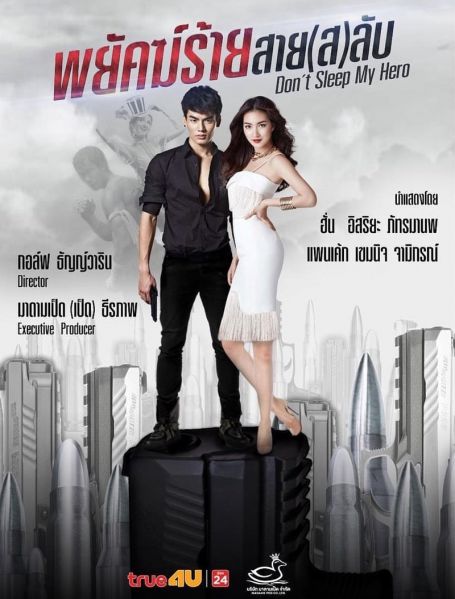 Ken Anothai’s life turned upside down from being a creator with a bright future ahead of him who was on his way to marry Pink, manager of the AE department, suddenly becomes a different person when he falls asleep. One personality he becomes is Uza, a drag queen performer at the Uthopia pub, the other King Crow, a fighter in the underground fighting rink. Ken was shocked when a mysterious group started hunting him down. His relationship with Pink becomes unsteady when Susie, the new AE director, comes into the picture. Luckily for Ken, he has his best friend Putt, help prevent Susie from interfering causing Putt and Susie to become nemesis. The truth is in the past, Ken was Captain Ken Anothai. His personality of Uza and King Crow were from the times he went undercover as a cop. His last mission involved a microchip he received from the American undercover and went missing while being hunted down by Thongrob, causing him to have amnesia, which lead him to become a advertisement creator in present day. Ken doesn’t remember where he hid the microchip so when Thongrob found out where Ken was at, he sent his subordinates to follow Ken hoping they would abduct Ken and get the truth out from him. Later on Ken found out that Jane Wanlapa, his boss, Putt, and Pink were all undercover sent to investigate about the microchip as well. Ken agreed to go into training hoping he gets his memories back regarding the microchip. Later on, everyone found out that Susie was the mole that Thongrob had sent over and Putt having feelings for Susie decided to let her go. Thongrob went after Susie and had plan to get rid of her because she knew too much about him but she was saved by Putt. Jane asked Ken, Putt, Pink, and Susie to work together to fight against Thongrob and to find the microchip before him. Their operation failed many times. Pink was set up to become a two-face undercover, causing Ken to believe she was a traitor, which lead to the two getting into a fight. Will Ken get his memeories back? Where is the microchip hidden at? And who is the actual two-face undercover? (Source: Oh Sweet Haven)

Trivia or interesting Info about this lakorn