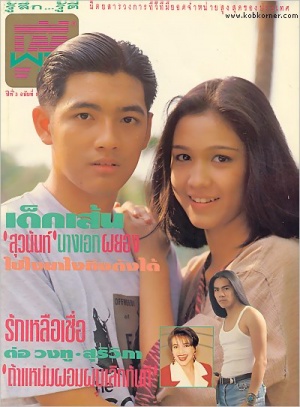 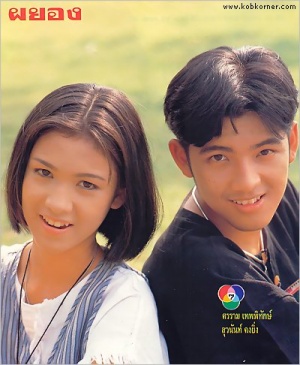 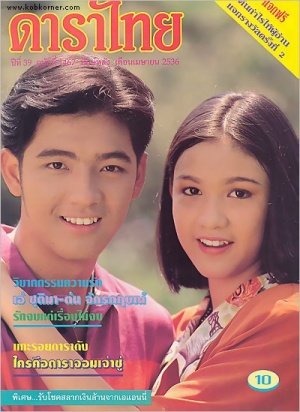 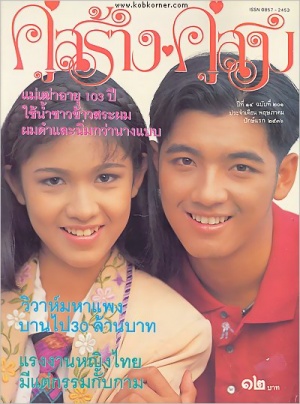 <showhide> Hern Fa (Num) is the son of a wealthy man in Bangkok, Thailand. His father loved to live his life as an ordinary person, especially, he wanted to live his life in the countryside with his young wife and his son, Hern Fa. Hern Fa is a quiet and respectful guy. He doesn't hangout with his friends much. He considers a young and ordinary girl, Suay (Kob), to be the only friend that he has. She is his best friend. Only she knows how Hern Fa will react when people want to question him about his parents. Hern Fa will get angry when people talk about his father. That is because Hern Fa's father is dead. His father left a will that Hern Fa has to continue to go to school in Bangkok. So, he has to live with his aunt. She has four kids, two boys and two girls that are mean and stubborn. Before he left, he went up to the mountainside while Suay went looking for him. She knew that this place was his favorite place, because whenever he's unhappy he will go there to watch the world around him and yelled out his name. He told Suay that it helped him feel better after that loud scream and there's like an echo sound that repeated after him. He asked Suay to scream with him and then they started holding hands.

Hern Fa got blamed by his mean aunt. She was mad that he make her wait for him. They were in the car about to leave, Hern Fa saw Suay and told the driver to stop. Hern Fa runs to talk with Suay under the tree. Suay holds a drawing in her hand that she has drawn for him. Hern Fa gives a ring to Suay as a keepsake so that he could keep her in his heart. Suay asked, "to whom is the ring belong to, before?" Hern Fa answered, "my father gave the ring to a woman that he loved, but they don't have feeling for each other, so she gave it back to him," "he give it to my mother when they got married." So now, the ring belong to Suay and Hern Fa want her to keep it forever. He wouldn't want the same thing to happen to him like his father. He was worried that one day Suay will give back the ring to him. Hern Fa told her that he will never forget her, no matter what. They say good bye to each other. That he would come to visit her and his mother. She promised him that she will help take cares his mother and his dog for him.

They got there, his cousins weren't pleased about him at all. They're stuckup people that lived happily with Hern Fa's treasures. Their mother used the money that belongs to her brother (Hern Fa's father) to pay for their education, clothes, and etc. It's was quite a while that Hern Fa lived his life unhappy. He wrote letters to Suay telling her what happen at where he lived. He don't want her and his mother to worry about him, by telling that the people in the house are nice and kind to him. That he lived with them in a big mansion (for real he's living in a small house) and everything is going smoothly. Suay replied back every letters that he've send.

Hern Fa met his father's ex-girlfriend by the help from his god-brother. She's a nice lady, she kept Hern Fa like her own son. Hern Fa does has a lots of relatives in Bangkok. Hern Fa's mother came and visit him in Bangkok. That same night he got in a fight with his two mean cousins. He was really mad at them. He want to have a little conversation with his aunt. He want her kids to come say sorry to him about what they have done to his mother and him. Or else, he will tell the truth to her kids that the mansion and all the money that they had spend throught out the years belong to him and his mother. It take quite a long time to make them say "I'm sorry." Hern Fa give them so many chances. They get along pretty well after that.

There's an event that Suay will come, it take place in Bangkok. She knew that Hern Fa will attend, because this event is mainly for the high-class people. She ask Hern Fa's mother not to tell Hern Fa about this. She want to surprise him and want to see how he would react. Hern Fa was sitting in the front row, he saw a girl that just look like Suay dressing in Thai old fashion clothes dancing on the stage, but not sure for real if she was Suay. In the hallway, they met again Hern Fa kept on looking at her want to know if she was Suay or not. Suay was about to come and talk to him , then she saw a girl (his cousin) standing next to him. She changed her mind and started walking to the locker room. By the time his mother told him about Suay, he was shock and looking for her, but it was too late.

Many years has gone by, Hern Fa became a pilot and Suay became a doctor. Suay went to live in the forest helping poor people. One day, her two helpers (men) went out looking for medicine in the forest. They witness a plane dropping down from the sky and was crasted. In the plane were Hern Fa and one of his friend. They saw only Hern Fa laying down with blood all over. They took him to their place and there's Suay pertaining to be another person. She don't want Hern Fa know that she is Suay. She goes by the name, Nasu.

Hern Fa wants to find out who is she. He try to get her so many time, til one day when he saw Nasu standing under the tree he called out "Suay, " she turn around and her hat got stuck with a branch, her hair came down. Hern Fa went up to her, he was happy that it was Suay. He was grabbing her, she slap him and he got scatch with her ring that he has given her. She went running back to her place. His god-brother, his father's ex-girlfriend, and his cousin came to get him. He didn't want to back he would like to stay with the girl that he love. But, it seem that Suay don't want him to stay. His aunt went into the restroom, she saw a ring that use to belong to her. She took the ring with and Suay went looking for it.

Hern Fa got back to his mansion, his mind is still thinking about Suay. He was about to leave to a party to meet all his relatives and friends. His father's ex-girlfriend came to his house and showed him the ring, she told him where she has founded at. She asked Herna Fa "do he know any history about the ring?" Yes, he do know, he gave the ring to a girl that he love. His aunt give the ring to him told him to take it back to Suay that he love. When he got there Suay was about to leave to somewhere else. He got there on time, he stopped her, asked her who is she for real. She kept on saying that she is Nasu, Hern Fa showed her the ring, then she can't say that she is Nasu. He didn't care who she is by then, he just wanted to stay beside her at all times, no matter who she is, Suay or Nasu. He hugged her and put the ring in her finger. He whisper in a soft voice and said, "tell me, who are you?" The End </hide> </showhide>