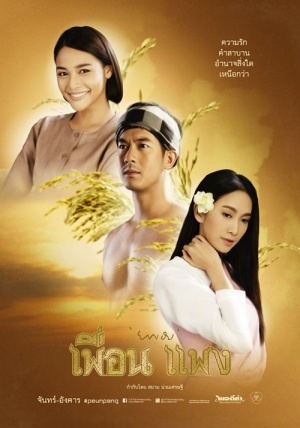 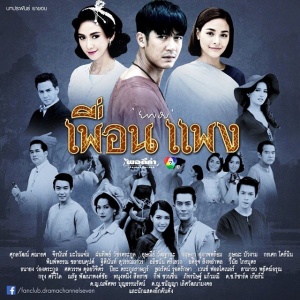 A tragic love triangle between Lor and the two daughters of Por Pit named Peuan and Paeng. Peuan is the selfish older sister and Paeng is the tomboy younger sister. Lor is Por Pit's distanced nephew. He was taken in by Por Pit after his parents died. Peuan, Paeng, and Lor were raised up together. Lor took care of Paeng since they're little because Paeng was very attached to him.

But when they got older Lor fell for Peuan and the two got engaged. Lor loved Peuan and saw Paeng as an annoying younger sister. He promised to love Peuan forever and if he has another woman he shall die for betraying their love.

Then Lor fell ill with malaria so he was taken to the city to be treated. Peuan and Paeng went with him. While they lived in the city Peuan had an affair with a rich man and left Paeng to care for the sick Lor. Peuan thought of dumping Lor for that rich guy but got played because he was never serious with her and he has no intention of marrying her.

Then Lor got better and Peuan carried on like nothing happen. She took credit for caring for Lor. They went back to their village then Lor found out through a letter that Paeng took care of him the whole time while Peuan cheated on him with another guy. Lor went to ask Paeng about it. Paeng confessed that she loved Lor all along but never wanted his love in return. She just wanted him to be happy. They slept together that night. Paeng got pregnant with Lor. Then her sister and dad found out that Lor is the father. Her sister got really mad at both of them.

This love triangle tragically ended with the death of Paeng and the baby in her stomach. Lor committed suicide to affirm the promise he made to Peuan. He felt sorry for being the reason why Paeng has to die. He also wanted to accompany the only person that loved him without wanting anything in return into another world. Cr Ninja