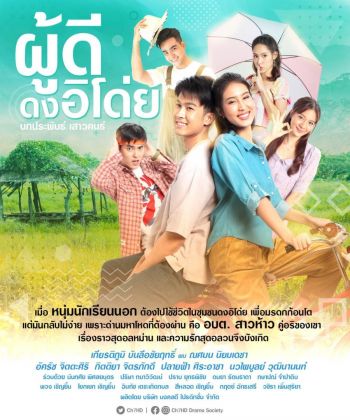 When the most narcissistic red-footed aristocrat was sent to a remote country house like Dong Ido for a year or until accepted by "her," who did everything to chase him away. So goodness "and being" good "began!

Subdistrict Administrative Organization, which is hundreds of kilometers from the city, is furious in the face. Because Dash had just drove recklessly and almost collided with her car. Cotton declared viciously not accepting money. And also kicked ass to teach Dash Until it became funny and humiliating all around Dash's actions were filmed and shared on social media. Shame on the parents of Dash, a good old rich man. Dash was sent to Dong-i-doi for training. (source: lakornian, Youtube)