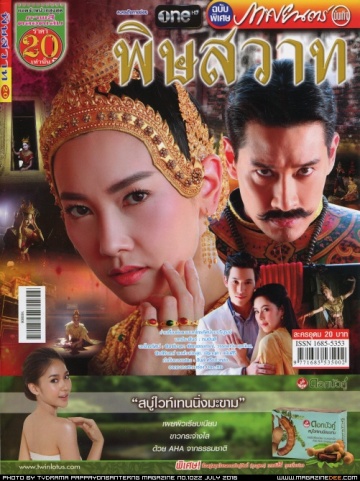 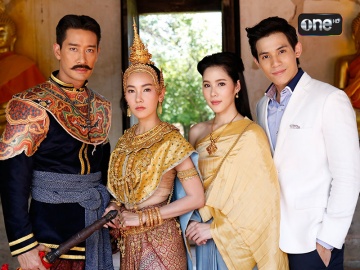 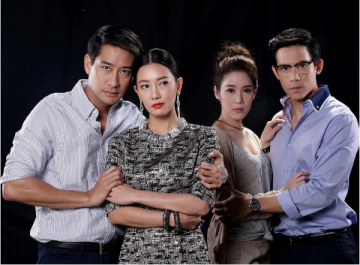 A ghost that is suffering because of her love and duty. Her duty is to protect the nation's treasures ever since the end of the Ayutthaya kingdom. Centuries of vendetta and vengeance. Centuries of wondering as to why her lover had done such a terrible thing to her. She never knew why. The only way for her spirit to move on, to not having to look after the treasures for eternity, is for her to find a "replacement." Ubon or in the current time, Saroshinee, does not wish for anyone else but him, Akkanee, the man that she loved more than her life. Love is love. A pure love expects the same in return. But when what she had in return is torment, she tries to find justice that she sees fit.

Akkanee is an archaeologist who loves antique so much. He already has a lover who is Thipapa, but they are not yet married because it seems like he is waiting for someone.

That's when Sarochinee came into his life. She is a beautiful and mysterious woman. She is a millionairess who also loves antique from the Ayutthaya period. Most importantly, she has a piece of Siraporn, which Akkanee is researching.

Sarochinee's arrival brings back the past of Ubon, a woman from Ayutthaya. Karma starts to circle again, until everybody reincarnates, and meets together in this present lifetime. This is just the beginning.

Akkanee is a soldier in Ayutthaya's ending period. He killed Ubon, who is his wife. He sacrificed her to protect the nation's treasure. Ubon was very angry at Akkanee. Because of his actions, she was cursed for centuries and was not able to reincarnate. The Heavens pitied her and allowed her to find a successor that will take her place. If Ubon can't find a successor, she won't be able to reincarnate again and has to remain a protector of the treasure for eternity. For this reason, Ubon came back as Sarochinee. She come to take Akkanee's life as her next successor.

If someone else have a better review, you have my permission to erase all the old ones. I'm just gathering anything that is helpful.