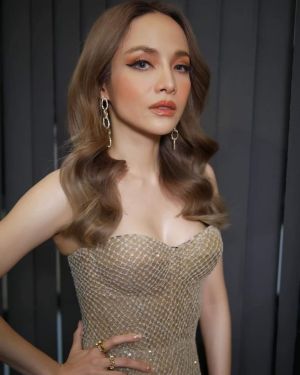 Piyanuch Suea Jongpru (Jew) or Jiw the Star was born on December 3 , 1982 with his domicile in Chiang Mai Province Received the winner in the program " The Star, search for the sky, grab the stars, year 1 ", graduated from high school from Kawila Wittayalai School [1] and a bachelor's degree from the Faculty of Humanities . Music branch Payap University, Chiang Mai

which while studying also worked is a singer in a pub called The Cottage by recruiting from New - Naphassorn Phuthonjai. One day, New saw the announcement of recruiting contestants for singing contest The Star, Search Fah, Grab the Stars for the 1st time. Jiew came to apply, and that was the first step for the two of them on the stage of The Star to showcase their singing talent.

Jiew is currently a well-known pop/R&B singer under GMM Grammy with New, and in 2018, Jiw competed in The Mask Project A as a "Mask The Sun" and won the championship successfully.