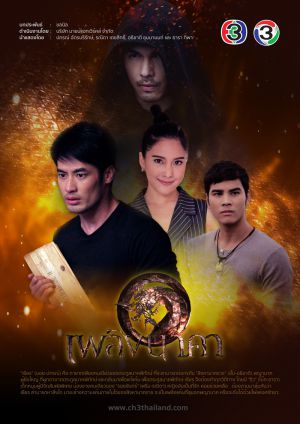 The story line will be about a love of Naga. Singha and Gumpa are two nakka brothers with different thinking. The younger Gumpa respects Buddha and decides to practice Dhamar. The older Singha is angry that his brother would rather respect Buddha instead of grandpa Suwan Nakkarad. He later cages his brother with the Alumpire spell. Time passes and Alumpire is out of its power. Singha comes back to ruin the Nakkapitak family. Tian, the heir of this family from Gumpa's lineage, has to fight Singha. Roijun, who is Tian's ex-girlfriend and her brother Riew, who has a mental power, also help him. (Source: MyDramaList)