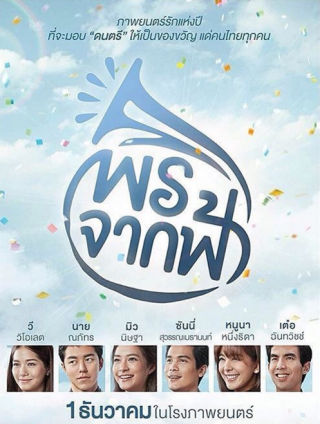 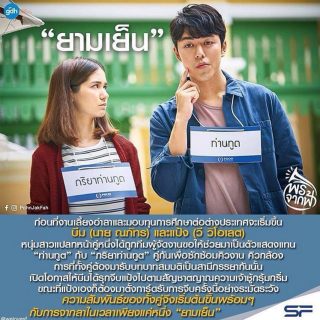 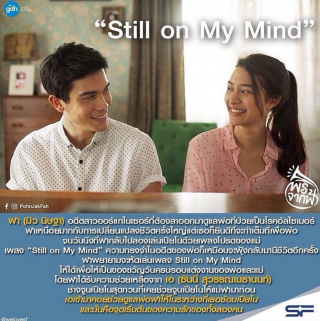 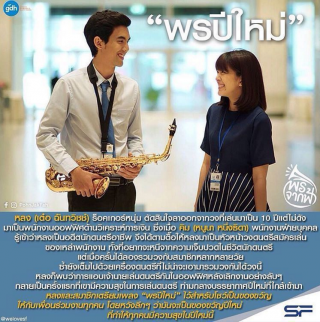 The film tells the story of 6 people who are trying to overcome challenges that life has thrown at them. ‘A Gift’ is unwrapped for your viewing pleasure using a three-degree of separation narrative, divided into three parts and filmed by three different directing teams.

Two strangers, ‘Beam’ (Nine Naphat) and ‘Pang’ (Violette Wautier), are asked to be stand-ins for a Russian scholarship awards ceremony and farewell banquet rehearsal. Having to play husband and wife gives a womaniser like Beam the opportunity to flirt with Pang whose guard is on high alert after finding out that her boyfriend has been unfaithful. Will love blossom or turn into a meltdown during their enchantingly magical chance encounter?

Still on My Mind

‘Fa’ (Mew Nittha) has to quit her event organising job to look after her father who has Alzheimer’s. Even though this life-changing disease will test the limits of her patience, she is more than willing to put her life on hold for him. One day when Fa tries to remember how to play her mother’s favourite song on the piano, she notices that the song acts as a trigger for her father’s memory. Fa then decides to practice and perform the song ‘Still on My Mind’ as a wedding anniversary gift for her father. She enlists ‘Aey’ (Sunny Suwanmethanont), her late mum’s eccentric piano tuner to help her out. Will they both find the right harmonies to help soothe all the cacophony in her father’s mind?

‘Llong’ (Ter Chantavit) is the lead singer of a rock band. He calls it quits to become a financial analyst after coming to grips with the fact that his dreams of being a rock ‘n’ roll star will never come true. When ‘Kim’ (Noona Neungthida), a co-worker finds out about Llong’s musical past, she tries to inspire him to become part of an ad-hoc amateur band made up of other employees who enjoy playing music after office hours. Llong tries to move on and forget his failed attempt at becoming a rock star but, ironically, once he starts playing with the office band, he finds himself feeling the same inner joy that he felt when he played music for the very first time. Llong and his bandmates plan to put on a live performance of ‘New Year Greeting’ as a New Year’s present to their colleagues. What Llong and his band mates all discover together on their musical quest is one of the most sought-after wishes and priceless treasures a person could ever be blessed with… the gift of happiness.