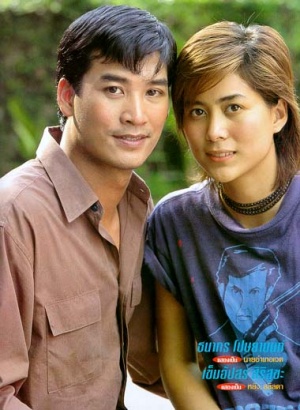 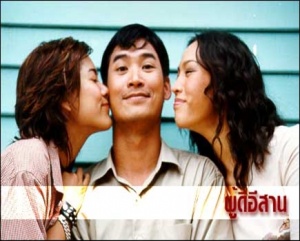 Cherry’s father is accused of doing something wrong and is put in jail. He was like a governor of a small town. This town was not really ruled by the governor but by this big mob guy. Cherry’s dad was in the way so he wanted to get rid of him. Au becomes the new governor. Cherry pretends to be a boy and becomes a worker at Au’s house. He’s not really fond of gay people so he makes sure that she’s not gay cause to him she looks like a girl. She tells him that she is the unlawful son of the governor and wants his help to help her dad get out of jail. He agrees to help by getting closer to Yod-Ying the mob guys daughter. He also finds himself falling in love with Cherry in form of a boy so he thinks that he’s becoming a gay. Finally he accepts it and tells her[in form of a boy] that he loves her and they become a couple. He wants her to have a sex change. Anyway he married Yod-Ying to get closer to the truth. Until in the end Yod-Ying and her father die. Cherry’s dad is let out and he finds out that she’s a girl. He is mad that she lied but he still thinks about her. She comes to him and tries to get his forgiveness but he brushed her off. She gets on the bus in disappointment. He realizes that he needs her and rides his motorcycle and stops it in front of her bus. She thought that the bus hit him and begins to cry. Then out of the ditch he came walking towards her and they hug.