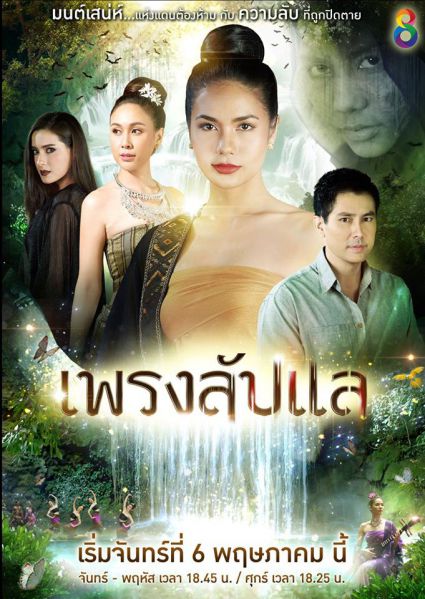 Niracha came to work as a teacher in a village. There was a strange incident in which many men in the village became unconscious. Everyone was fightened and didn't dare to leave the house at night. They believe this is happening because of the ghost of a widow, but Niracha doesn't believe in it. She then meets Thodsanon. He's an engineer who was sent to explore the route that leads to the waterfall, but the villagers warned him about it being dangerous - a man was found lying dead in the forest near the waterfall and no one knows how he died. The arrival of Prangthip, a beautiful and mysterious woman, causes the villagers to be paranoid. Some nights, people hear loud cries coming from her house. Prangthip befriends Thodsanon and people start to gossip about them, especially Nethmaya, who likes him. She uses dark magic to find out if Prangthip is really human. credits to: mydramalist