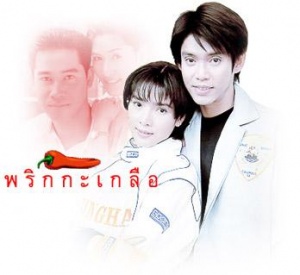 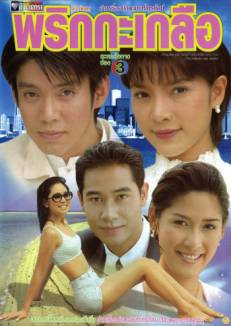 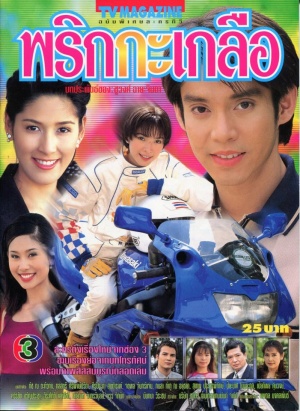 Touch comes home drunk after he returns from out of the country. And his step-mother tries to seduce him. He was drunk and couldn't remember anything and he thinks that he slept with her so he ran away from home. He wasn't headed anywhere in particular he just walked and walked.

Ning is the daughter of a man that owns a car company. Her parents are at the stage where they don't get along all that much. She relieves the stress that she has by driving her car very fast. Anyway she meets Touch when her car stops for no apparent reason and he fixes it for her. She is not grateful at all and she tries to pay him but he doesn't take it and he starts to walk on. But the guy that she is with, calls him and asks him to come to dinner at her house. He refuses but he talks him into coming. He eats and thanks them. Her mother doesn't really approve him coming and eating.

He is headed nowhere again and starts to walk to wherever it was that he was headed. Just then some guys were trying to rob Ning's father and touch runs to the rescue and he gets shot. Her father brings Touch to their house and Ning looks at his arm and then calls the doctor. The doctor comments that he looks familiar and he denies ever meeting the doctor before.

So he stays with Ning and her family awhile as their gardener. Ning pays extra attention to him. And he pays particular attention to her. Her parents were having a lot of trouble with one another cause her mother thinks that her father is cheating on her with an old girlfriend of his. But they are just friends. Touch helps her a lot with her problems. And they start to take a lot of notice in one another.

His step-mother is also trying to kill his father cause she wants all their money. His sister[played by Amm] is trying to get her father to see the evil ways of his new wife but her father is too in love with his new wife to see what is really going on. She also finds out where touch works and goes to see him their everyday. He is now a mechanic at her car business.

Amm also runs into one of Ning's friends and they fall in love with each other which is what Touch is too Ning; the person who listens to all her problems.

Time passes and her mother becomes paralyzed and Touch also realizes that it was time for him to leave and he does. Ning is crushed and upset but her parents are at a new understanding and get along much more. At this time Touch's step-mother gets into a relationship with this student and gets caught in bed with him by the student's brother, who she was also seeing and he was enraged and shot his brother and her in the bed together.

One day Amm, Ning's friend, and herself go to this temple; which people think is sacred for granting the prayer that are made there. When they come back their van breaks down and someone recommends them a garage to go to get it fixed. When they get there they find out that garage was owned by Touch and Ning wanted to leave. She started to walk and everyone urged him to follow her and he did. He confesses to her that he loved her and asked her to marry him and so they got engaged.