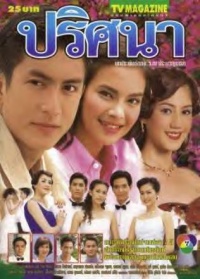 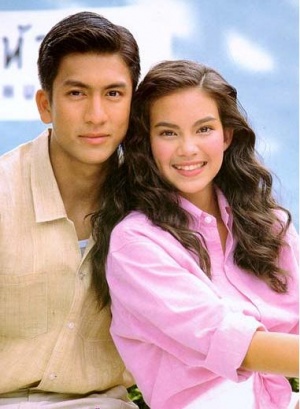 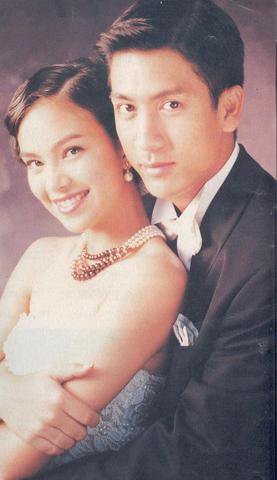 Prissana lives with her uncle in America. She is the youngest of four daughters in her family. Her grandmother doesn't approve of her mother's marriage to her father. Her father is somewhat linked to the royal family. When her mother became pregnant with her for about 3-4 months her father died. Her grandmother doesn't like her cause she thinks that Prissana is bad luck that is why her father died. So her uncle asked to raise her and so he took her to America with him. her mother agreed cause she was angry at the moment.

19 years later.... Prissana's family was out in the Hua Hin and Anong the third daughter of the family had met a nice decent guy who she was interested in name Prawit. they had made plans to go out to a picnic together the next day but when Anong got home her mother informed her that they had to go home because Prissana was coming back to Thailand the next day. So Prawit and Anong never got to say good-bye.

Prawit in my opinion is a player but kind at heart. He sees a beautiful women he falls in love. Prawit also lives with Tun Chai Pote. His father is married to Tun Chai's aunt. Tun Chai hears all the girls that Prawit talks about and so when he brings up Anong he thinks of it as just another one of Prawit many girls. Tun Chai is a noble man who is highly respected in the society that they live in.

Anyhow Prissana arrives home and get re-acquainted with her family and she also gets a job as a teacher. So happens that Prawit's sister [Weemon] and Pote's sister also attend this school and Prissana is their English teacher.

In her spare time she likes to play tennis. One day Prawit went to play tennis at the club and he spots Prissana and is amazed by her beauty and is surprised at how well she plays tennis. So once again he goes to Tun Chai and spills his heart out about Prissana. Tun Chai starts to make comments on her without meeting her before.

At the same time Ratti who is the daughter of Tun Chai's aunt who is married to Prawit's dad also returns. She and Prissana had and encounter on the ship that they both rode to get to Thailand. The encounter was not a really good one. her mother and herself want her to marry Tun Chai. Tun Chai hasn't found a girl that he is interested in awhile. To him Ratti is just a younger cousin that he cares for like a sister.

One day Pravit asked Prissana to join him in playing tennis at Puth 's house with another friend and Ratti. This would be the first time that Tun Chai and Prissana meet. When Tun Chai sees Prissana it was hard for him to take his eyes off of her. Unfortunately Prawit's friend could not make it so they talked Tun Chai into playing with them. So he plays and is also surprised to see how good Prissana is. Afterwards he tells Prawit that Prissana is indeed a pleasant girl.

Pravit continues to invite Prissana to other events that are held by Tun Chai. She attends a party that he opened and they spend the whole night dancing with one another. Proving that they take a lot of notice in one another. They start to spend some more time together with Pravit there also. Anong also noticed that Prawit takes a lot of notice in Prissana and she is heart-broken.

Prissana is intrigued by Tun Chai and keeps it to herself. He also finds her interesting. Prissana is asked to help with some American guest that Tun Chai has and she becomes close to this one guy and Prawit gets very jealous and Prissana lets him know where they stand. Of course this leaves him heart-broken.

Prissana and her family go to Hua Hin to relax and so do people from Tun Chai's house. Tun Chai also comes along when he learns that Prissana wants him to come along. Time there made them get closer. They started to hang out a lot more. One day he wanted to tell her how he felt about her but it started to rain so he never really had a chance to.

He goes to the forest to do something and they keep in touch by writing. When he comes back he wanted to tell her what he been wanting to tell her but Pravit begs him to help him with Prissana. So he ended up talking about her and Prawit. Which lead to him accusing her of leading him on. She was outraged and they became distanced.

Prawit also came to realize that he was in love with Anong and so he confessed his love for her. They also got engaged. Although they had some problems cause Prawit went out with his friends and got drunk and all that and so she was upset wit him. Tun Chai helped them out and they got married.

One night her grandma dies and she goes over to him to ask for help and he confesses all that he feels for her. One night he even asks her to marry him. she refused cause she thought that she wanted his money. But there were still some things that needed to be worked out. He wanted to see how she felt for him, so he began to ignore her. Which made her come up with a plan to go out with another guy. So now he really thought that he lost her. He went into the forest again and when he came back he got very sick. This is where she realized that she can't live without him. So from here one they made-up.

They had two more obstacles to tackle. Ratti's mom [oh, by the way he turned down Ratti and she was crushed and started to drink and she agreed to marry this other guy that liked her a long time], and Tun Chai's other aunt. When Prissana went to spend a day with his aunt, she fell in love with her and she approved of their marriage. Ratti's mom never really accepted it.

So the night before there wedding came and they both couldn't sleep. He came to her house and they ran into each others arm. They talked and kept repeating until tomorrow until tomorrow. She was about to go back inside when they both turned and she ran into his arms and he swung her around.