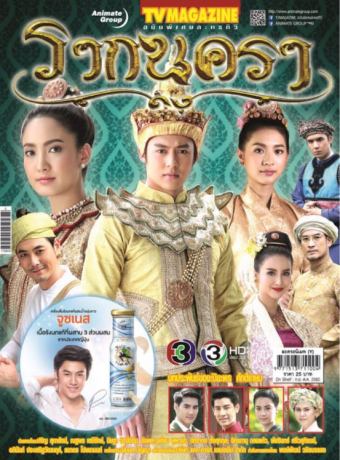 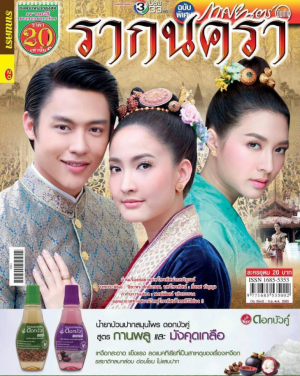 Mai Mueng's uncle has just passed away and Brook goes to her kingdom to attend the funeral. When he first sees Mai Mueng he falls in love with her right away. Her brother and herself did not like Brook because he allowed foreigners into his kingdom. Though Brook knew that the only way for his kingdom to remain standing was to have an alliance with the French. Mai Mueng also has a half-sister[daughter of her father and her aunt] named Ming La. Mai Mueng would give up anything for her sister. Her aunt doesn't want Mai Mueng to be like more well-known than her daughter so she always warns Mai Meung and she agrees to do everything for Ming La. Once Ming La sees brook she falls in love with him Brook tries to get closer to Mai Mueng and he does but she knew that Ming La likes Brook already so she stayed away from Brook so that Ming La could make Brook love her. Some time went by and a king of another kingdom asked for Ming La's hand in marriage. their father agreed so that they could have a stronger alliance. to strengthen it even more they wanted Mai Mueng to get married with Brook. Ming La asked Mai Mueng to go in her place so that she can be with Brook. Mai Mueng agreed but Ming La's mother did not agreed because she wanted her daughter to go to a bigger kingdom than Mai Mueng. One night Ming La went to Brook's home and asked him to help her by kidnapping her from the ceremony. Brook refused at first but Ming La threatened to kill herself so he agreed. Mai Mueng found out about Ming La's plan and Ming La made Mai Mueng promise that she would not tell a soul. And if she did she would die. Mai Mueng and her father and brother knew of Ming La's plan so they switch the route that Ming La was to go on with Mai Mueng. so instead of kidnapping Ming La he kidnapped Mai Mueng. So Mai Mueng's father gave his blessings to brook and Mai Mueng as they got married. So Mai Mueng is off to Brook's kingdom. Along the way they shared some tender moments and had fun together. Awhile after Mai Mueng knew that she broke the promise to Ming La and knew that she had stolen her sister's love. Mai Mueng consistently had bad dreams about Ming La. She loved Brook but could not hurt her sister . So she began to distance herself from him. He also over heard her talking to her brother that she was only with him cause it was her duty to help build an alliance with his kingdom. Though by this time she was already pregnant with him. As Ming La was sent to the other kingdom heartbroken. She refused the services of the kingdom but when she was to go meet the king she allowed herself to be seduced and continued to sleep with the king as she became the king's favorite. The king's queen did not want anyone to have kids with the king so she had a maid abort Ming La periodically just in case she would become pregnant. Until Ming La started to bribe the abortion lady. Ming La too became pregnant. Mai Mueng had her baby [a baby boy] but Brook and herself still misunderstood one another. Mai Mueng thinking that Brook never really loved her and went to kidnap Ming La and not her. Brook thinking that she never loved him and did everything because of her duty for her country. Mai Mueng knew that she broke the promise but she wanted to be near him. A maid that used to work in Mai Mueng kingdom and one that followed Ming La to the kingdom informed Mai Mueng and Brook that Ming La was in danger cause the queen had imprisoned her. Brook went to rescue Ming La and successfully did so. Mai Mueng watched Ming La with care once she was brought to Brook's kingdom. Mai Mueng's brother wanted to get rid of Brook cause he destroys his countries independence. Mai Mueng was informed and had to make a choice. She chose to die for her husband. she took her baby to the house that Ming La was in and tied up Ming La so that she could not stop her. So dressed in her husband's clothes she went into the forest. As she got deeper in her brother thinking that she was her husband killed her. Brook was informed and rushed to his wife but he was too late. he buried her up on the mountain. The only thing that he had left was a picture of himself and Mai Mueng. Years passed and their son was grown. Their son always thought that Ming La was his mother. Soon Ming La died also and Brook informed his son about his real mother and showed his son the picture. Finally he asked that the picture be burned when he died so that the memories of himself and his wife be gone with his death and only between him and his wife.