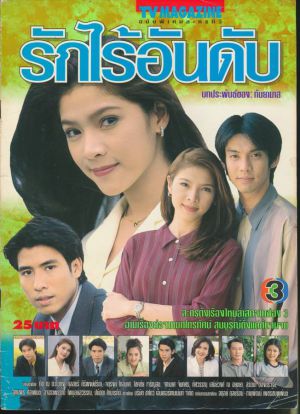 Ning is married to a gay man. well she didn't know he was gay. They were never intimate but the guy's mom and sister doesn't like her and tries to get rid of her. finally Ning and her husband divorces. Ning moves to an apartment and finds a job at the Pra'aik's company. Touch (Pra-aik) falls in love with her. but Ning's ex-husband's sister likes Touch and tries to get rid of Ning. Touch slept with Ning's ex-husband's sister when he was drunk and she got pregnant. Ning had a car accident that killed her ex's sister. Touch kinda used this excuse to rape Ning and say it was part of his revenge for his girlfriend and his baby. Ning was going to re-marry to another guy who JUST happens to be her ex-husband's lover!!!!!!!--Credit:PlaeMai from ThialandQA.com