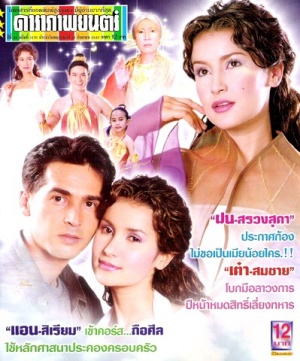 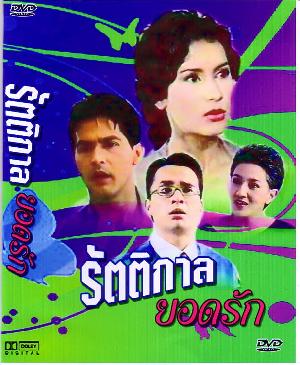 In the beginning...... Johnny journeys to India to get a private spot to meditate. He does find a good spot somewhere in a cave. That's where he meditates for years. His family is very wealthy and lives in Thailand. His mother is so worried about him that she sends a doctor-friend to go find him and bring him home. When the doctor finds him, Johnny is so into his meditating that he is lost now and doesn't respond. The doctor brings him to a hospital. Everyday the doctor reports his condition through e-mail to Johnny's mother. Finally the results are in and they say that the only way to help Johnny is to do brain surgery. If he does have the surgery, everything will be normal again. His mother decides to let the doctors do the surgery on him.

Johnny awakens and is back to normal again. One slight problem though...he sees dead people. Johnny goes back to Thailand and acts really strange. Many people this he is crazy because they catch him talk to himself many times.

Ann is an angel that is sent down to watch over him and make sure he doen't cross the line between ghosts and humans with his specail ability. Johnny doesn't meet Ann until later though, but Ann follows him around disguising herself.

Johnny soon finds a ghost that is tied to a post by 3 evil ghosts and helps him. The 3 ghosts are very mad and plot to revenge him every way they can. The ghost man was very greatful that Johnny helped him. Johnny wants to write a story about his special ability and wants to go to a place with a lot of ghosts and the ghost man advised him to go to his mother's very old mansion.

When he gets there, he loves the mansion so much because there are so many dead people and this is the perfect spot for his story. In the mansion, there is a playful little ghost who likes to make himself into a grown man named Jook. Him and Johnny become friends and Jook is responsible for looking after Johnny also.

Johnny soon meets Ann. At first he doesn't belive she is an angel until she shows him miraculous things. Ann is a very playful ghost that loves to trick Johnny. Ann tries to tell Johnny not to cross the line between humans and ghosts, but Johnny still doesn't listen. The 3 evil ghost try to kill him any way they can, but Jook and Ann both try to save him each time.

Later, the 3 ghosts almost actually kill Johnny, but Ann is forbidden to help him because this is the point where Johnny is suppose to die. Ann and Johnny have grown close and they love each other now, so An goes down to help him. Since she helps him from not dying, she will have a punishment and Johnny will lose his ability to see ghosts...even Ann. Ann helps him and he is well again.

Since Johnny cannot see Ann anymore, he is very depressed and meditates to go find Ann in heaven. He stays up there and promises he will not come down unless Ann goes down with him. Johnny's body hasn't eaten for days and there is a chance he might die if he doesn't go back to his body, so Ann decides to see him.

Ann asks him if he loves her enough to wait. Johnny says that he can wait for her forever. So Ann promises to re-born, but she will not remember anything. But she told Johnny that he will know it's her if he sees her.

Johnny waits for 20 years, until Ann is a grown woman and Johnny has now gotten older. Ann doesn't belive that she is Rattikarn and doesn't remember a thing. Johnny lets her read all his journals from his life of 20 years of waiting for her. She feels something with Johnny. When returning his journals, she says she still does not believe that she is Rattikarn, but if he says she is..She will believe him.