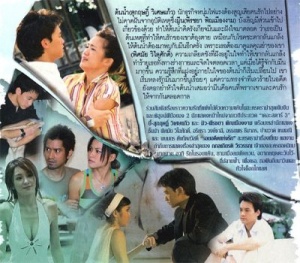 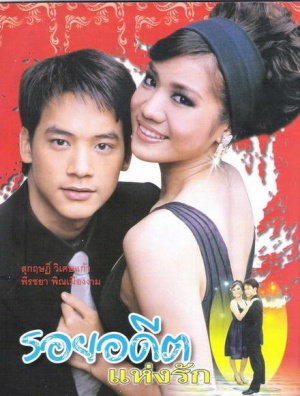 Bie's character is a well know, successful young businessman. Mew's character is a student studying to be a nurse. She has a starstruck crush on Bie. Bie is engaged to his girlfriend, and after a night of drinking and partying, he and his girlfriend almost hit Mew as she is crossing the street. As both get out of car to yell at her, the girlfriend unknowingly steps further into the street and into the path of an oncoming car. She gets hit and dies instantly. In his semi-drunken, and outraged stupor, Bie blames Mew. Although she tries to apologize, Bie condemns her. Hurt, Mew leaves the city and returns home to live with her parents.

Their paths cross once again, as Bie is overseeing a magazine shoot in the seaside city where Mew lives. As with all lakorns, Mew somehow ends up in the shoot and through that interaction gets hired as a nurse to take care of Bie's grandmother, as suggested by Bie's doctor friend. As the two live together, Bie starts to fall for her, but his gulit complex over his deceased girlfriend holds him back. Meanwhile, Bie's secretary Pei is stealing from his company and looking for an scapegoat. She convinces Bie to hire Mew as her assistant. Trusting that Pei has good intentions, Mew does whatever Pei tells her to.

Pei's plan pans out and Mew is blamed for the financial losses. Though his grandmother refuses to believe it, Bie, feeling even more betrayed, fires Mew from both her jobs. As Mew and her friends protest her innocence and search for evidence, Bie starts getting suspicious of Pei. Will our p'ek figure out everything, learn to forgive, and be forgiven from Mew all in 31 episodes? Tune in.