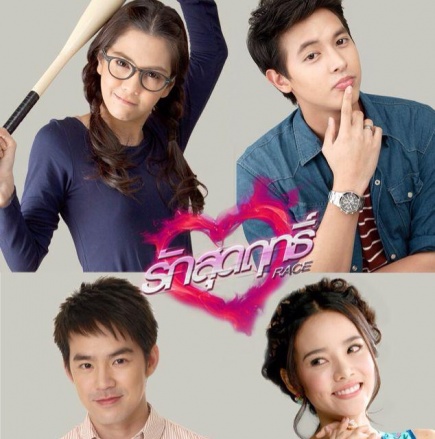 The story centers around a spoiled rich kid (Jame) who falls in love with his tutor (Punch).

Ittirit has always felt like a failure in his father's eyes and never as good as his adopted brother, Tun. To pass school, Ittirit cheats during his exams and gets caught by Chanamon, a strict TA who is in charge of the exam. Ittirit is put into summer school to graduate from law school in time, while his father is frustrated to find a tutor for Ittirit and talks to the professor for the best student. Chanamon is offered money by Ittipol (Ittirit's father) to help her finish school and help her family from starving.

Through conflicting situations, Chanamon at first able to persuade Ittirit into focusing on his studies by having Maya as his study partner. But as that plan fails she is able to bribe Ittirit to focus on his studies by offering to take him to his mother, after Ittirit is scolded by his movie star best friend and crush, Maya. Chanamon starts to fall in love with Ittirit as he tries to come in between Tun and Maya, who are working on set together and secretly have a crush on each other. Can Ittirit finally be able to let go of his first crush? Will Chanamon be able to go back to her normal life? Will Tun and Maya be able to finally really start dating? and will Ittirit be able to see his mother?