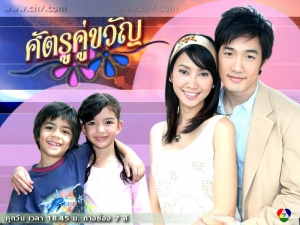 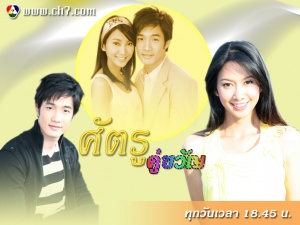 Phoom (Oun Rangsit) is the younger boy of a rich man and lived happily with his family when he discovered one day that his father has a mistress Yavalak (Ple Paradee Yoopasuk).Unfortunately, he only knows her last name and mistaken Lotesakorn (Yui Chiranan Manochaem) who is Yavalak's young sister as his father's mistress. Days passed by until the moment when Phoom's mother discovered the truth about her husband second life and run away with her 2 children Phoom and Thip (Prae Arai) in the countryside where lives her best friend. Sadly, Lotesakorn backs to her born city and meets Phoom again. This one is still angry against Yavalak but because she's far away, he decides to take even to Lotesakorn instead. Because her good heart, Lote believed him when he said he has a disease and accepted to be his hidden "wife" and she gets pregnant but she found out that Phoom has a fiance since a long time and heartbroken she decided to leave her love and raise her child alone. What will happen to Lotesakorn and her baby? Will Phoom discovered the truth about his child one day?