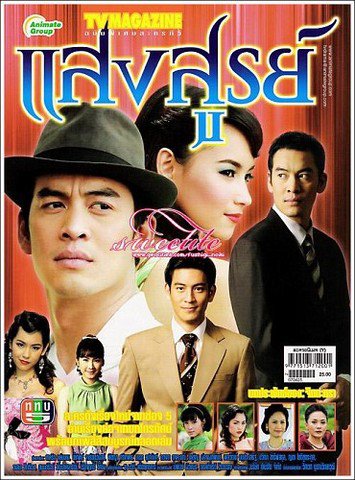 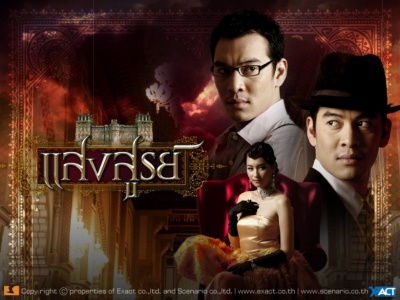 The mystery magic of the The lady of sangsoon (Wang Sang Soon),anybody met it they have to fall in this magic and want to possess the Sang Soon palace and the huge treasure.

You will meet Chakit Yamnam with the most intensive role; he acts as a twin who has totally different characteristics and following watching the changing role of Namtip Zhongrakchadaviboon to be a dangerous woman who can do anythings to be a princess of Sangsoon palace.

The glamour of “Sangsoon Palace” not only lies in breathtaking architecture, but also the honor, prestige and invaluable property possessed by its owners, the Suriyachat clan. Sang Soon Palace is surrounded by an alluring magic but if one allows the glamour of Sang Soon to posses their heart, they become enslaved to it.

Tiraka an elegant high-society woman who announces her engagement with Prince Iyasoon Suriyachat or Tong (Shahkrit Yamnam), a handsome prince and heir to the Sangsoon Palace held by Suriyachat family. By this engagement, she hopes to become the Lady of Sangsoon Palace.

The engagement enrages Prince Pasavorn Suriyachat, or Toi (Shahkrit Yamnam), the jealous twin brother of Prince Iyasoon who feels that Tiraka is rightfully his. After the ceremony, Tiraka is certain that she will become the Lady of Sang Soon Palace but a soldier appears and hands Prince Isoon an official summons to report for military duty and join the war.

While her fiancée is away fighting in the war, Pasavorn tries to seduce Tiraka but she ignores him. When news arrives that Isoon is killed in battle, Pasavorn seizes his chance to become the successor of Sangsoon and whisks Tiraka away to Hua Hin where he meets Chotiros (Pichaya Srithep) and poses as Prince Iyasoon.

Duchess Supang (Duangta Tungkamanee), the grandmother of both Princes, dislikes Tiraka because she sees through her ambition. This disdain arouses Tiraka’s burning desire even more and she agrees to an engagement with Pasavorn. But while Pasavorn is placing the ring on her finger, someone rushes in to announce that Prince Iyasoon is still alive.

Tiraka would do anything to be the lady of Sangsoon, even to engage with Pasavorn. Now Iyason is back alive and Tiraka who shows it all how she manipulates men to get ahead. Nothing can stop her and she would kill anyone who gets in her way. Will she ever achieve it?