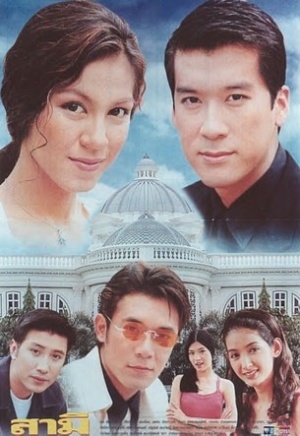 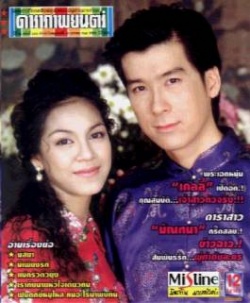 Rasika is related to the royal family and is consider as princess Rasika. Her father died and her family is in debt with the bank and soon they would repossess her home. She is trying everything that she can to keep it as it was given to her family by the queen. Her mother at the same time has fallen in love with a very rich Chinese man, Ram's father. But Rasika hates and doesn't want her mother to get involve with anyone outside of their race. But as it ends up her mother marries the Chinese man and he saves their home.

Although he wants her to bow down to him and admit that money can make people do things. So he arranges a marriage for his youngest son, Rat(Joker) and Rasika. So he tells her that he will not save the house unless she married his son. At first she refuses but agrees to save her home. She also had in mind that she would ruin Ram's family fortune. Ram and Rasika meet cause he is the middle man that tell Rasika what his father wants her to know and negotiate the plans. On the day of their engagement Rat didn't show up so Rasika thinks that she has won but Ram says that he will get engaged to her to save face for his dad, so the two become engaged.

She is also an architect so she was going to go work on a project but he didn't want her to go with the guy that liked her so he took her to his beach house. There he raped her cause she wanted to steal his car keys and leave. After this event his father dies and she leaves. She then decided to withdraw the engagement cause she did not want the house anymore. At first he was going to agree but he decided to make her love him.

Soon they got married. They just signed papers with no huge ceremony. They moved in together and then they went to work on her project near the beach. There she discovered that she was pregnant. They had a misunderstanding and they separated.

One night he was suppose to go see her but he didn't. What happened was his brother Rat was in debt and they were holding him hostage for money. He went to bail his brother but got shot, he was in critical condition and was murmuring Rasika's name. Rat went to Rasika but at first she refused to go but when she saw the news in the paper she rushed to his side. Finally she confessed her love to him. In the end she lit incense and bowed to Ram's father. and truly accepted that she was married to a man outside her race.

This lakorn have great story line that keep you hook from start to end with good acting from all cast. It really worth watching. Highly recommend this lakorn.