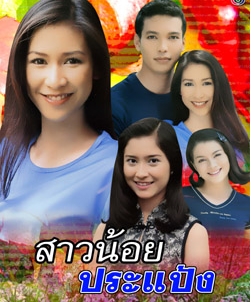 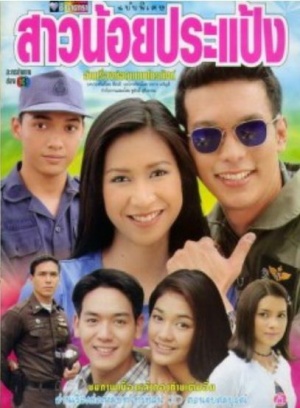 Saran (Pip) is a pilot who drives aircraft and Pang (Pok) is a 20 year old woman who still acts like a kid. Her dream is to become the first woman to be a pilot so everyday she would sneak into the airplane surroundings and watch pilots fly off on their aircrafts. Saran had just moved into the small city where Pang lived. Her father is in the air force and so his family were looking after Saran, but Saran (Pip) lives in his own house. A few days later, Saran's best friend who is a Doctor moved into town with him. Both friends were hated by Pang because both of them met her at the wrong circumstance which caused her to hate them. The doctor then decided to place a bet that he would eventually turn Pang (Pok) into a woman-like person and that she would fall heads over heel for him in just a month.

So everyday, Pang's job was to send food to Saran's home. Pang's mother owns a small restaurant in the small town. Love starts to blossom between Saran (Pip) and Pang (Pok) starting on the part where she drank alcohol at his place. After being drunk, Saran and Doctor took her home and Saran was the one who carried her to her bed. While they were left alone, Saran stared at her while she was sleeping saying "You have no more strength now."

The love between Saran and Pang had a third and fourth hand. Doctor who was Saran's best buddy had announced publically that he was in love with Pang. Saran who is more quiet and self-centered kept his feelings away from his best friend, but he couldn't keep his feelings away from Pang. Saran's little sister who is a nurse is in love with Mor (doctor) but Mor doesn't know (tends to not acknowledge it). Saran who is from a rich family already has a girl chosen by his mom and sister for him but he thinks nothing of this girl. He only knows that he love Pang. Saran had announced in front of Pang that he likes courageous woman and he wants to be closer to her.

Pang purposely misunderstood when Saran suddenly changes the way he speaks to 'pee' as in brother and so Pang said she only have one brother. Saran said he doesn't want to be her brother, he wants to be something more than a brother to her. (FYI: When a male refer to himself as pee to a female like a girl he likes or a girlfriend, it is the same as Oppa (the korean word when females use it to males who they are very close to).

Saran's mother and the girl named Waew followed Saran to the town where he was working. Not long after, Saran was forced to get engage to Waew because he slept with her. Saran who is a gentleman would never do something like that, but it was because of Waew's evil plan. She put him to sleep and then took off his clothes and made a huge scene. Saran and Pang began to distance themselves from one another. Not long after, Pang went back to Krungthep (Bangkok) to for school along with her best friend. Lots of things happened in between and so later, Saran asked his boss to be move to the nation's border.

News came back to the town where Pang lived which said that the camp where Saran stayed was bombed and Saran was badly hurt which they sent him back to her town. Mor, who is Saran's best friend said that Saran would be blind, paralyzed with a scar on his face for eternity.....Would Pang come back to him? Would Saran's mother accept Pang? Would Waew who is Saran's fiancée stay with him? How would Saran and Pang come back together? Watch it at http://www.youtube.com/watch?v=hZz9kpLok3g