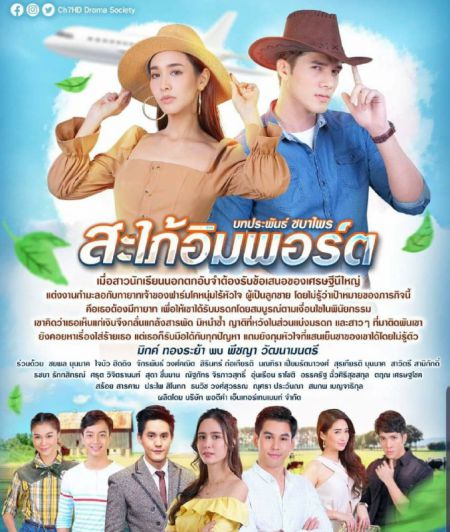 Don and Lisa are forced into a marriage due to circumstances. Gradually they begin to fall for each other despite their bickering and opposite personalities. Source: MUSE

Lisa is a rich, spoil girl who has graduate from England. However, when she comes back to Thailand, she notices that her parents are in debt. So, without any choice, she has to find work to repay her parent's debt.

Don is the grandson who owns a very famous farm. When Don's grandfather dies, he promises that Don would be the next successor of the farm but under one condition, Don should get married and give birth in one year to become the successor of the farm, or else the farm will go to his cousin's brother, Pit.

The lifestyle of the two was totally different but nothing can stop destiny. Don and Lisa are forced into a marriage because of Don's mom, as she loves Lisa as her own daughter. At first, both of them reject the marriage but when Don's mother announces that she going to die soon, Lisa accepted as a sign of gratitude since Don's mom help her pay the debt. As the don't love each other, they make the agreement of just pretending to be married for 6 months. Source: Collin Hypercuz at MyDramaList