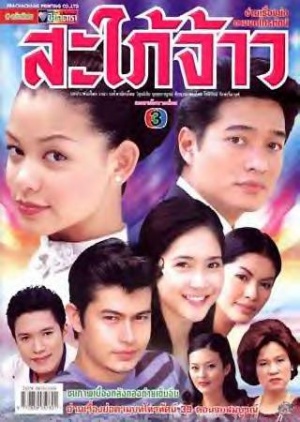 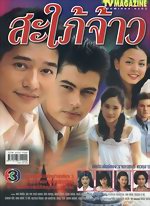 Tian, a Chinese-Thai business tycoon and his wife, Liu had four sons - Traipob, Traitep, Traipoom, and Traiwit. Tian had planned his sons' lives from what they should study to whom they should be married to without caring about their willingness.

Traitep got married to Ruengrin and Traipoom got married with Wallapa. His eldest son, Traipob who was very religious, chose to stay single. All of them helped Tian working in his textile company but Traiwit, his youngest son, decided to become a policeman, and left home to be inthe North-Eastern part of Thailand.

There, Traiwit met Fahsai, the country girl who was a developer of her hometown. Traiwit didn't reveal his identity at first, so Fahsai thought Traiwit was trying to trick people in her hometown and didn't like him. Traiwit was transferred back to Bangkok, so he hired Fahsai to marry him and to help him fight against his father. He brought her back home and try to make his father accept what he wanted to be.

Tian couldn't accept Fahsai and tried every way to get her out of the house with the help of Ruengrin and Orn-nisha, the girl that Tien wanted Traiwit to marry to. Fahsai had to strive to win Tian's heart, while she and Traiwit started to have real feelings for each other.... (from viki channel)