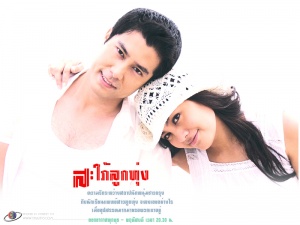 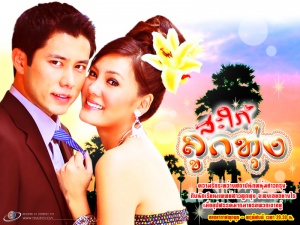 It begins with Artee being on a date with one of his women and on his way to the restroom, he sees Mui in the women's restroom. He's so captivated by her beauty that he pretends to bump into her so that he can get her number. He goes back to his table while Mui realizes that he has her phone number. So she interrupts his date to expose him for the player that he is. Their paths cross again when Mui's co-worker invites her along on her blind date. The co-worker's blind date turns out to be Artee's friend. When they arrive, Mui's co-worker has left the table leaving Mui to sit alone. Artee's friend mistakes Mui for his blind date, he has Artee go check her out and both Mui and Artee are shocked to see each other. Artee insults her while the two friends who are each other's true blind dates meet and insult each other too, so it's all a great mix-up.

Atiyar (Artee) (Job), a handsome young architect and the youngest son of Chief General Atip promised Jitarnong, whom is his mother that he will travel to Ubon Ratchatanee to go and meet a young woman who his mother intended for him to marry. Her name is Prayorng (Kem)(Vicky) but Art doesn’t want too marry Artee and stands up by declaring the many reason why he will not marry a country look toong woman, but the truth is Art is gay and the only person that knows is Artee (Smart). So in the end the misfortune falls on Artee. The reason why Jitarnong wants her son to marry a country girl named Prayorng (Kem) is because Kem is a child that was raised by Bua See a rich woman in Ubon who is technically Atip’s aunt and the great aunt of Art and Artee. Bua See raised Kem since she was little and considers her a grand daughter and wants her to marry someone good and that can take care of her. Bua See said that she will give her fortune to the person who marries her grand daughter and Jitarnong doesn’t want to miss the opportunity. Jitarnong is very cheap and stingy to where even her own son and husband are disturbed by it. Art whom is the eldest son writes a letter to Kem his future wife who is very quiet, prim, and proper and follows Bua See’s order. Once Kem reads the letter she faints and goes into shock because in the letter it says that she is excited to get a city husband and also says Kem is a country girl and etc. Art signs the letter as his younger brother Artee who doesn’t know anything about it. Jitarnong forces Artee to go apologize to Bua See and Kem, but Artee refuses to go unless Art goes. In the end Art has no choice but to go. On the day they are set to go Artee suddenly gets sick and tells Jitarnong and Art to go and he will follow later. Once they get there Art doesn’t even look at Kem whilst Kem secretly starts crushing on him regardless of how much he looks down upon her.

Som Winarn (Mui) a young med student who is following in the footsteps of her father Jira who is a doctor who upholds tradition and preserves his homeland. Mui is Kem’s younger sister who is completely different from her. She is more strong and opinionated and doesn’t give in to anyone. After leaving Bua See’s house Mui accidentally hits Artee with her motorcycle. He falls into the bull’s pit and bleeds in the leg. Mui takes him home to help bandage him up, but once she finds out that Artee is her arch enemy she kicks him out. Her father stops her and lets Artee stay over night. In the morning Art goes and picks him up because Mui had inform them that Artee was at her house.

One day Artee goes to see Kem and Mui, at first orders his family to leave her sister alone, but then Artee hints that if his brother doesn't marry Kem, he might want to snag her. Mui then begs Artee to leave her sister alone and he agrees, if she pleases him, so she begins to treat him nicely. Artee gets Mui to take him out on her motorbike, Mui gets distracted by yelling at Artee that she doesn't notice bulls crossing in front of her, and she drives her motorbike straight into a lake. Artee helps her out and the two go across a village where the people are nice and help them find clothes to change into. A young boy in the village drowns but Mui is there to save him, it was a close call, and Mui was afraid she'd lost the boy, but he woke up. Artee, noticing how passionate Mui is as a doctor, observes her reactions to this drowning boy. They both go to a party the people in the village were having.

In the morning Jitarnong and Art goes and look for Artee. When they find Artee and Mui, they disrespect her by asking why did they disappear together all night and they also go as far as saying that she is trying to catch Artee and make him her husband. Mui wasn’t angry with the people who were disrespecting her, but she was more saddened by her sister who stood there and watched as people disrespected her and not say anything about it. Kem couldn’t do anything because she is suppressed by Bua See and whatever Bua See sees fit then Kem must see fit also. This makes Artee and Mui leave one another on bad terms.

Dr. Chork a close friend of Art and Mui’s boyfriend loses millions because of stocks. He comes and confides in Art and tells him he doesn’t know where to get the money from. To please the man he loves Art asks his mother for the money, but she refuses. Since he has no choice; Art decides to accept the marriage between himself and Kem. Bua See agrees to give 3 million and she will be the person who pays for everything in the wedding. Artee then bypasses marrying Kem.

Chork comes and asks to get back together with Mui after disappearing for so long but he had dissapeared because he owed many people money due to his gambling debts. He had to go and seek help from Art and refused to let anyone know, but people around her had been telling her that Chork had someone supporting him and paying his debt for him.