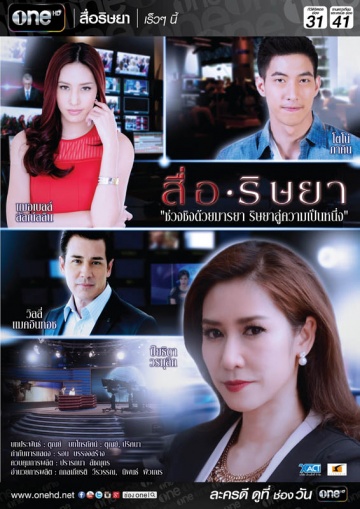 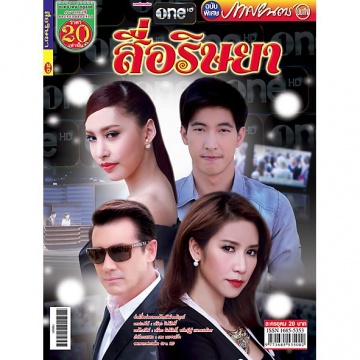 Punchalee (Pok) is number one newsreader and moderator in broadcast. She was insult by Dao (Charebelle) who is new employee of broadcast. Dao need to be number one replace Punchalee, and steal Passakorn (Willy) who is Punchalee's lover, and son of owner this broadcast. Passakorn have a power and rich, so he is answer for her ambition.

Dao find the way to closing with Passakorn through Pasuree (Ae) a leader TV programmer who is Passakorn's sister, Sineenart (Pitta) a moderator who is Punchalee's foe, and Toon (Dj Aong) a costume of broadcast. Toon will always ride a bicycle with Passakorn's group. So Dao follow him to ride a bicycle either. Toon know her reason, but he don't like Punchalee's habit, so she is both of selfish-willed and act like a tyrant. Punchalee see that Dao close with Passakorn. She abuse Dao that Dao will steal her lover. But Dao pretend to innocent. Passakorn can't know Dao's artifice. He know that Punchalee jealous so much. It make Punchalee and Passakorn having problem.

Kae (Louis) a stylist who is junior friend of Punchalee warn Punchalee that Punchalee have to calm down, and don't solve a problem with her mood, but Punchalee don't listen that. One day, Dao intend to anger Punchalee. Punchalee angry so much, so she slap Dao's face in a party. Everyone shock with that especially Passakorn. Passakorn more tire with Punchalee in each a day. He compare Punchalee and Dao. Dao is sweet, and nice girl. It not similarity Punchalee. Punchalee is rough, aggressive, and she can't please anyone, but he can stand, because he love Punchalee

Dao don't have good background like she tell anyone. She live with Saran (Tono) as husband and wife. They are dating still in university. Saran have to steal a money from his house to take care Dao, because she lie everyone that she is daughter of richman. Saran have to buy expensive thing to Dao, because she need to show off everyone. One day, Saran know that Dao will unfaithful with him. He know that from Praewpan (Cee) who is his junior from a same university, so she work in same place with Dao. Saran so jealous. He keep an eye on her in office, but Dao can trick Saran. Then he stop to keep an eye on her.

Punchalee and Passakorn have more argument, and she was angered by Dao. So she slap Dao's face in live airing. It make watcher shock with that. Passakorn unwilling withdraw her from a program. Pasuree aggravate by pushing Dao to be new moderator with Sineenart. Nobody poor Punchalee except Preawpun and Panu (Point) who is Passakorn's younger brother. He work in here by closing his status. Nobody don't know him as son of owner broadcast. Dao don't know his status, so she show a bad habit with him. Panu warn Passakorn that Dao don't innocent like he see.

Punchalee's life decline so much. Her relationship with Passakorn so distance. Dao need to their relationship. She trick Passakorn to her room in condo, and trick Punchalee to see this for misunderstanding. Punchalee understand that Dao secretly dating with Passakorn. So she break up with him. Finally, Dao can do it complete. She can be moderator replace Punchalee, and make Punchalee and Passakorn breaking up. But she have to do a one thing that is she need Passkorn love her. Can Dao posses Passakorn's heart ?? and Can Punchalee revoke her work, and her lover ?? please follow in Sue Rissaya.

Note: This review is not written by a native English speaker. As such, it contains a lot of errors in syntax and grammar. Please take this into your consideration