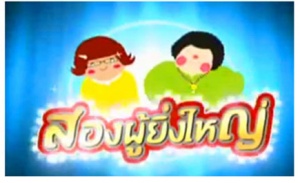 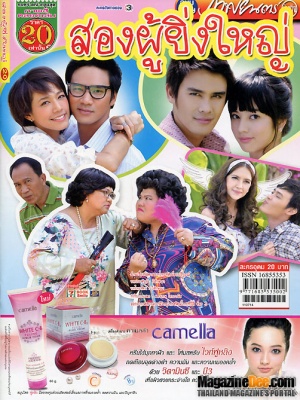 It's about 2 best friends. Mae (mom) Hong a famous signer's girlfriend, but his other friend Mae (mom) Kim tricked the guy into having "something" with her. After that they have conflict and hated each other.Mae Kim whom has 2 daughters, and 2 son. Mae Hong also has 1 daughter and 3 son. Since they have problem in their families they can't love each other. One of the son(Tye) falls in love with Gijee and he finds a way for Mae Kim's husband to make them fall in love. Tye tells the husband to pretend is has an illness and he's going to die so Mae Kim and Hong can come back and be friends again. That worked. After that Tah also fell in love with Sara, but Sara also likes him too, but she is pretending not to. Not(Vorarit) went to vacation and he fell in love with Noon(Sirapan). Now all those are either Mae Kim or Hong's Daughter or son. Tah than trys to do good stuff to Sara's mom to get him closer to her. One day he came to visit her and she thought it was her younger brother so she asked him to massage her back. After a while she turned back and found that it was Tah and she got mad and kicked him out of the house and tell him that she never liked him. He got so depressed that he said he'll never come and let her see his face again. Gijee his younger sister met a lady that saved her from a stranger and wanted to thank her with a lunch. She knew that his brother was depress so she ask him to come along. Tah now likes Gijee's friends named Yaya. Sara than cried and her mom told her if you love him it's O.K with me he's a nice man, and has good manners. Sara than feels wrong and calls him and Yaya answers the phone. She then got mad and after that she told him that she loves him and they got back together. Now Mae Kim's husband is now having a 2nd wife, and she doesn't know. Mae Kim also found out that her husband wasn't sick of an illness he was pretending. Than Mae Kim and Hong breaks their friendship again, and the Sons and Daughters were still preparing for their wedding until they found out. They still love each other but now the mom's won't let them. Now the childern has to choose between their mother or their lover??? Will they choose their mother and risk their love? Or will they choose and lover and lose their mom?