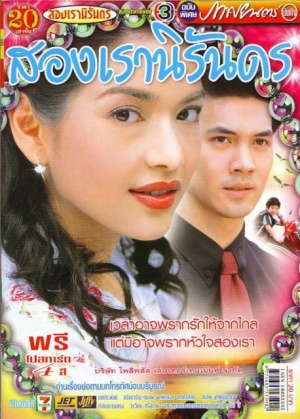 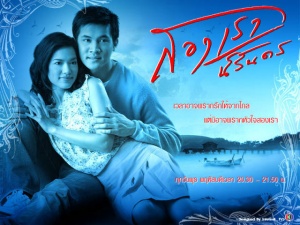 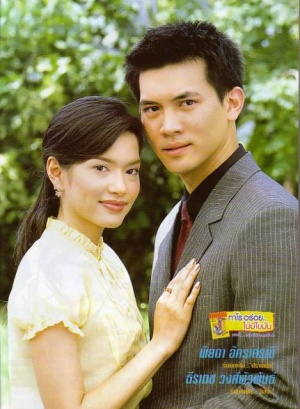 It was a rainy night, when a brave gentleman rescued an innocent young woman from robbers while he was driving home...Even as an orphan, Ittsara (Itt) had it all; he was President of a major corporation, had a good reputation, and most importantly, a beautiful and charming fiancé, Nitracha (Nit). However, Nit's best friend, Opau, was secretly in love with Itt. She had been suppressing her feelings until the day of the wedding. Opau confessed to everything while driving Nit to the ceremony. Meanwhile, Fahkram (Fah) had just dropped off Praifon (Fon) to make a business transaction while he picked up a birthday cake for her. On his way back to pick up Fon, he collided into Nit and Opau's car with full force. Fah and Opau were badly injured, but Nit lost her life. Itt could not come to terms with her death and decided to leave Thailand. Opau used her power and turned the blame onto Fah. After the injustice caused by the Hi-So, Fon changed completely. She was no longer the timid girl who couldn't stand up for herself. She became strong, independent, and guarded.

One year later, Mungon (Itt's best friend) found him and pressured him into returning to Thailand. Itt was still not ready to return to his "normal" life so he went to the beach instead of his welcome back party. There, he ran into Soda (Fon's nephew) and Fon. He staggered around and eventually ended up at Fon's restaurant. Itt felt the love and warmth of Fon's family and was compelled to stay. He abandoned his previous life and identity so that he could follow his passion in cooking. Out of desperation, Fon hires Itt to be their chef. Fon and Itt constantly quarreled because of their stubbornness and strong personalities. However, the time they spent together healed Itt's broken heart, after being torn with feelings of guilt for somehow betraying his fiance, anger that Fon's brother was the cause of his fiance's death, and even his own denial, he was able to fall in love again. Things were going good until Fon found out the truth about Itt's past and true identity, she had her own issues with what happened in the past. A story about how life and love go hand-in-hand, and how precious they both are. What Fon and Itt decide to do after fully allowing themselves to fall completely in love with the other person, the obstacles they face from all sides, will lead to the most tragic, but beautiful ending ever.