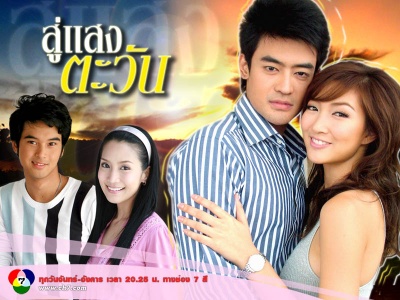 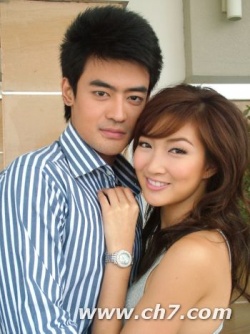 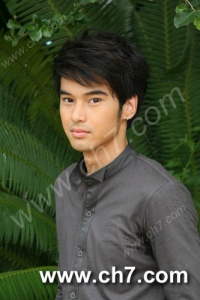 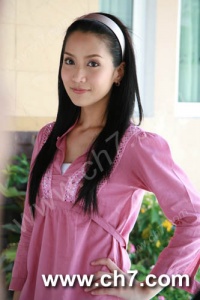 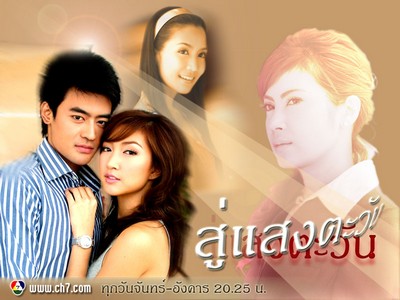 The first female Prime Minister of Thailand with a deep secret no one knew... He, who grew up with hatred in his heart..which will he choose between revenge and love?

Nafah (Chadaporn Rattanakorn) comes from a long line of politician and is a political herself. She has one older half brother named Sukdeena (Tanongsak Suppakarn), who is her political rival and enemy.

When Nafah was 20 years old, she became pregnant by a man named Sook (Trakarn Pantumlerut). Khun Ying Soi (I’m assuming it is Nafah’s mother. The synopsis never indicated their relationship) felt embarrassed and disappointed by Nafah’s predictament so she sent Nafah to the country until she delivered her baby. Simulanteously after the baby was born, Khun Ying Soi drags Nafah back and had her minions beat Sook to death. And, the baby was placed in an orphanage.

All is well in her life until one day her household receives 2 new servants, a guy and a girl. The girl servant is named Rawee ( Jakajan Akumsiri ) and the boy servant is named Juntakarn or Gun(Tle Thanapol). Nafah gets a strange vibe from Gun and it’s not because he has a big scar across his face. Nafah sees a lot of anger and resentment in his eyes.

Gun is actually Nafah’s long lost son with Sook and he wants revenge.

Gun was adopted by yaba dealing paretns.. When Gun refuses to sell yaba with them, his adopted parents would brutalybeat him. One day, tired of the beatings, he stabbed and killed his adopted father and ran away. Gun, then, meets up with Darong, a man who knows everything about him and his secret birth. Gun becomes enraged when he finds out his birth mother is Nafah. From that day forth, he vows revenge.

For the next few years, Gun strategized a way to get revenge on his mother Nafah. With vengeance in his heart, he works real hard to improve himself. He goes abroad and studied political science. He returns to Thailand with a new name and begins his plan for revenge.

Then one day, Nafah introduces Chongon to Linin (Pancake Khemmanid ) the daugther of Samer, a millionaire and Nafah’s financial supporter for her political party. Chongon falls deeply in love with Linin and they decide to get marry. On their wedding day, Gun kidnaps Linin.

At first, Gun and Linin bicker and fight nonstop, gradually they begin to develop feelings for each other.

Chongon sinks to utter dispair after Linin’s kidnapping. However, he is able to regroup and grow as a person from the help of Rawee. After that, Chongon enters the political arena and is loved by the public.

On the day of the election, Gun decides to bring Linin back to civilization. He attempts to kill his mother at the election but his plan is foiled when Rawee blocks the gunshot.

To make matter worst for Gun, Linin start seeing Chongon again because she is fend up with Gun’s psycho tendencies. She wants him to admit wrong for what he has done to her but he refuses. To get Linin back, he *coughs coughs* her and she becomes pregnant with his child.

Gun, then, builds an alliance with Nafah’s political rival and he becomes their choice for party leader or something along those lines.

At the election or official nomination convention, Gun reveals to everyone about his past and broadcast to the world that Nafah is his mother. Everyone is shock. Linin feels disgusted that she was used by Gun as a tool for his vengence against his mother. Linin tells Gun that she is pregnant with his child and that she drank an abortion potion to get rid of it because she doesn’t want to spawn someone who could be like him. Gun is stunned because he didn’t know she was pregnant.

Note: I highly doubt that Linin drank the abortion potion because Thai lakorns have always been pro-life. If nang’rai gets rape and becomes pregnant, she always keep the baby.

Gun reforms after the news but will it be to late? I guess you have to watch to find out. (From lyn at lyn's lakorn blog [1]