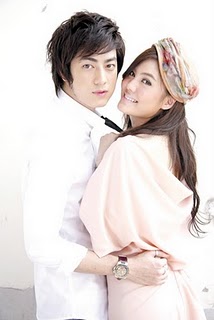 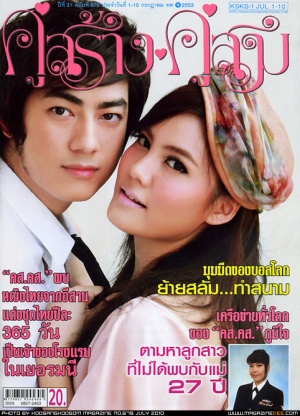 She accidentally meets Thanop who she thinks that he's just an irritating food delivery boy. They quarrel with each other whenever they meet each other.

One day, KhwanUma wants to open her own coffee shop and someone suggests a skilled freelance interior designer for her. She wonders to know that interior designer is Thanop who she thinks that he's just a driver and a delivery boy. She can't refuse because she accepts that she likes his design though she has to quarrel with him all the time when he works for her. Anyway, their good feeling towards each other have been secretly developed.

Later, KhwanUma has to face the trouble. KhwanUma's cousin, Worawit, and uncle attempts to overtake the company by deceiving her aunt in signing her portion of the company over to them. To further their attempts to gain full ownership over the company, Worawit attempts to kill KhwanUma by causing her to get into a serious car accident and trying to suffocate her. Mistakenly, they thought KhwanUma had died, so they told her mother, causing her to have a heart attack and die. However, KhwanUma survived but suffered complete memory loss. As a result, her business is transferred to belong to her cunning cousin and uncle.

Thanop realized that Worawit and her uncle are deceiving, and he worries about the new KhwanUma since she trusts people easily and doesn't remember her relatives' true nature. Thus, Thanop works with his brother, Vee, and ex-girlfriend, Pim, to reveal her uncle and cousin evil intentions. Meanwhile, Thanop lies to KhwanUma that he is her boyfriend to take care of her and ensure her that she can trust him with anything.