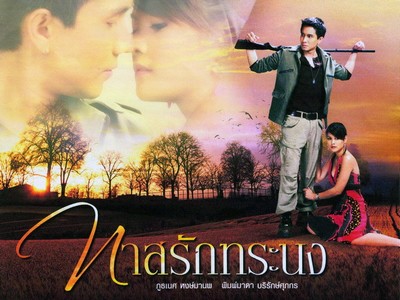 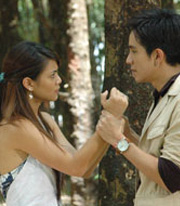 Alita returns from America when her father falls ill. She finds out that his business hasn't been doing well for a while and now they are bankrupt. She ends up working for Khun Chinapat(owner of a rubber plant) who has very little trust in women because on his wedding day he found out his wife was pregnant by his rival, Khun Bantong. It's a love hate relationship but they develop feelings for each other even with everyone trying to break them apart. He's always saying he doesn't trust her and that's why he follows her around, but actually he just wants to be close to her.

Chinapat's mom doesn't like Alita and tells Nuch (a girl she helped raised) to come home and she is to be engaged to Chinapat. She is nice on the outside but deceitful on the inside. She plots to cause trouble between Chinapat and Alita. Since Chinapat has a hard time going against his mother he makes a deal with Alita. He will help pay for her dad's medical bills if she is willing to marry him. Alita agrees but states that once her father wakes up she wants a divorce.

Their marriage makes their relationship grow closer and so Nuch ends up plotting with Bantong and ends up pregnant with Bantongs child. Bantong won't have anything to do with her and uses her to get back at Chinapat by framing Chinapat for her death.

Watch to find out what happens between Chinapat and Alita.