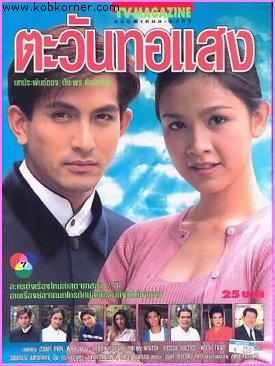 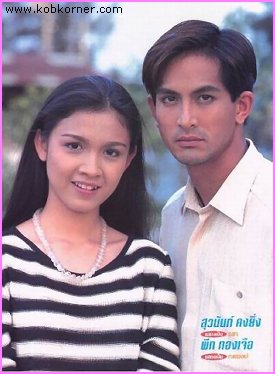 Rasa (Kob), an interior designer, at an interior design company located somewhere in Bangkok. Her boss, Petiya, a male who's characteristics and personalities went toward the feminine side. Her male co-worker, Shewin, whom Rasa has known and is close to since middle school. Rasa, herself was a happy and generous person who saw the world and acknowledged society in a positive attitude. She was also a strong female, who felt she was capable of doing anything she desired.

Petiya received an assignment from Pakaphong (Pete), a well-known rich playboy. Pakaphong was impress by Petiya's pass work in designing a hotel lobby. Therefore this job was assigned for Rasa. Both impressions of the two weren't intrigued by each other. Even though they've seen each other before, they can't denie their attraction towards each other. Pakaphong's attraction towards Rasa was out in the open. Rasa's affectionate feelings were also the same. Rasa's childhood friend, Pimpun, had the opposite personality and characteristic of Rasa. Pimpun isn't too strong unlike Rasa who has a very strong heart and mind. Pimpun's parents loves Rasa like their own daughter. Therefore, Rasa visits regularly in Rayong when she's on her leisure time. It was at Rayong where Pakaphong followed Rasa there and the two became close and realized how true their affection for one another was strong. The relationship was only informed by the people in their family. Everything was going beautifully until Pakaphong postponed his relationship with Rasa because of a yong 17 year old name Plaungtip, the daughter of a rich prime minister. Plaungtip herslef has given all her heart to Pakaphong. Assuming he feels the same.

Rasa acknowledged the relationship between Pakaphong was far from reality. She was hurt emotionally and mentally but still kept on working without debating any issues between them. The only person that knew she was hurt was her good friend, Shewin. Although things were getting tough, Rasa still visited Rayong like always. She then realized that Pimpun met and fell for a guy name Warit whom has been using her. Even though her parent's and peers disagree of their relationship. Rasa for one who doesn't Warit at all. But Pimpun is a little stubborn and doesn't believe anything anyone tells her. It's because of the love that had blinded her. At last, Pimpun has lost her womenhood to Warit and was kicked out of the house. She then stayed with Warit and finally found out Warit was using her all that time. But it was too late to turn back to her old life.

The news about the high class society is even more popular. Especially about Pakaphong and Plaungtip. But the only person who isn't quite fond about it is madam Rachanee. Whom is Plaungtip's mother and someone who has to do something with Pakaphong's past. Thirty years ago, a woman gave birth to a son from Prot. The family's life style wasn't going as smooth as the woman wanted. Financially and mentally. So she decided to leave her son and Prot, because she couldn't stand living in a poor life. Six years later, Prot worked and worked until his lifestyle changed. After awhile, the mother return back to the two. She enjoyed her new lifestyle but didn't pay any attention to her son. Prot realized that he has to only worry about his only son's future. Therefore, Prot gave all his inheritance to his son. Giving his mother nothing but only being known as his mother. She couldn't take it so she left again. But this time, she never returned. She left and found love with a rich, old man and gave birth to a daughter name Plaungtip.

Therefore, Pakaphong and Plaungtip are siblings from the same mother. Only Pakaphong and Madam Rachanee knows the truth. This is why Pakaphong is seeing Plaungtip to get back at his mother. He's trying to make her break out the story to the public, her husband and most importantly to Plaungtip from her own mouth. He wants to make her embarassed and lose face to everyone. His anger then builds even more as he continues to do so. Rasa then found out about the plan that Pakaphong's doing. She didn't like it period. Pakaphong then decided to not continue with his plan but still not letting Rasa know.

Their relationship continue with the both of them feelig hurt. But their love for one another was still strong. Later on, their relationship acccidently became closer again. That following day, Pakaphong went to Rasa's house to tell her he's going to marry her but found out she went to Rayong. Rasa's trip to Rayong is the day she'd never forget. She found out that Pimpun had committed suicide because she was hurt physically and emotionally. Rasa then decided right then and there to stop her relationship betweeen her and Pakaphong for good. Because she knows he's selfish. Pakaphong asked Rasa to marry him but she deny the offer for good and told him she didn't want to be like her friend, Pimpun. But she told "I love you but I want it to be used to love." Pakaphong return with a disappointment. Thinking he'll have Rasa as his sun that will shine forever in his life. But he has lost it completely.

Pakaphong decided to give his inheritance to charity that his father had given him and move to America. To start a new life there without seeing Rasa again. Even though he loves her so much. Rasa still thinks of Pakaphong because of the love she still has for him. After news about Pakaphong had died out for awhile, Rasa started thinking if she had made the right choice by refusing Pakaphong's proposal. She later found out that Pakaphong had given his inheritance to charity and knew how great of a guy he was. She comes by and wait for him in his house. Hoping to one day see him again. That one day has finally come true when she heard music from his litle house. She knew from there that it was him and ran to see him. Rasa told Pakaphong she loved him and if she can go to America with him. With or without his inheritance. She loved him no matter what. He was happy to know she loves him and the two lived happily ever after. The End