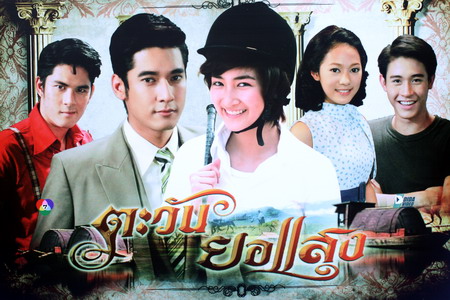 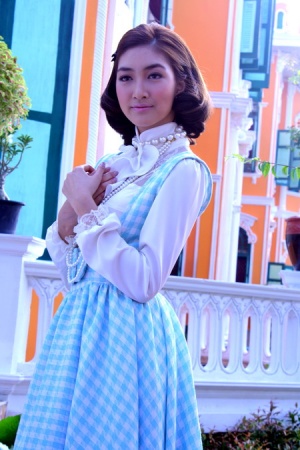 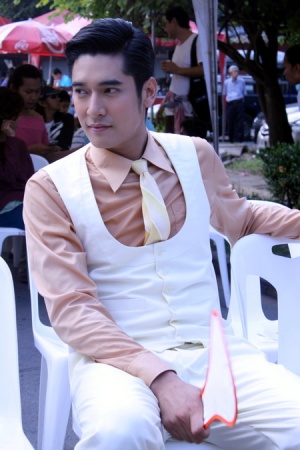 ‘Tawan Yor Saeng’ is a birth identity lakorn, where the lead character grows up not knowing he or she is a wealthy man’s love child. Pancake will start out the series as Duang Pon, a beautiful woman who falls for a rich man, she becomes pregnant with his child and dies while giving birth to their daughter Tawan.

Tawan grows up not knowing about her biological mother and her rich father and she is raised by a woman to who she believes is her biological mother and an abusive stepfather who wants her sexually. When her mother kills her stepfather in self-defense, she is instructed to go into hiding by her adopted mother. Out in the world, her true identity begins to unfold itself and she finds her biological father. Because she looks exactly like her mother, her father knows who she is. Isn’t that convenient?

When she starts her new life with her father (or not, I think he dies), her name changes to Yor Saeng and she meets Vee Veeraparb’s character who becomes her uncle, not biological, by marriage. Vee is Ah’Lek or uncle Lek, his older sister is married to Yor Saeng’s father. Lek is a good guy who begins his relationship with Yor Saeng as a doting uncle, but later develops feelings for her and she to him. Isn’t that a complicated twist of family relations. The uncle by marriage falling in love with his niece to whom he has to care for.