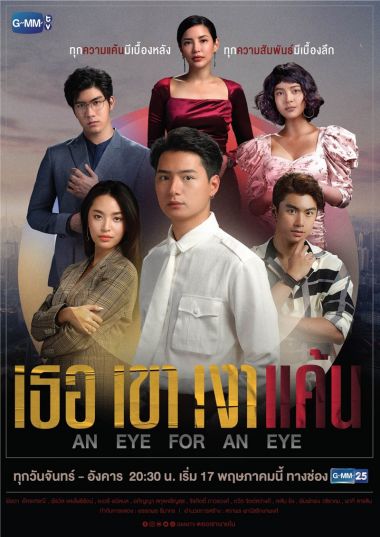 The Julapakborirak loses the head of their family and Chairman of JPB Group, Tanapop, in a tragic plane crash. His oldest daughter, Metinee, miraculously survives the accident. Shortly after Tanapop passed away, Getsara, his wife and former secretary, is promoted to be a new chairman of the company. Metinee is not happy with the promotion because she believes that the plane crash was Getsara’s plan to murder her father. Metinee asks her brothers, Wayu and Kampanart, to find the truth behind their father’s death. However, the two brothers especially Wayu don’t believe that Getsara had plotted the murder plan. Wayu’s feeling for Getsara goes beyond a love between stepmother and son. Wayu decides to stay in Thailand to find the truth about the accident. Not long after Tanapop passed away, Passon – Getsara’s ex-boyfriend, comes back to Getsara and asks her about the promise she had given to him. However, Getsara’s feeling for him has already changed. So she tries to stay away from him. So Passon approaches Metinee to stir a conflict in the family and the JPB Group. He also sends his niece, Nuengjai, to work as Wayu’s secretary to get inside information about the company. Passon finds out that Getsara and Wayu have developed a romantic feeling for each other. Passon is trying to get rid of Wayu from Getsara’s life. How the love triangle, and the power struggle and revenge in the family will end? (Source: GMMTV)