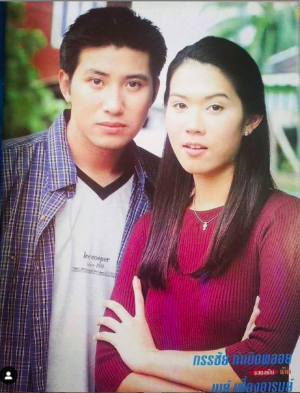 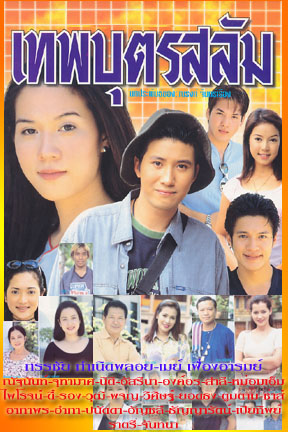 Dech (Num) shows up to the slums after a 5 year disappearance. No one knows where he has been and assumes that he came from jail. Dech saves the county deputy's daughters, Noi (May) and Nit from Hom, who was recently released from jail. Noi and Dech immediately have feelings for one another but the deputy is very possessive of his daughters and tries to scare Dech off. Dech and Noi have to sneak around in order to spend any time together since Nit and her father constantly come up with ways to separate them.

Oy, a local of the slums, has a crush on Dech and constantly shows ownership over Dech, causing tension between Dech and Noi. Oy waits in Dech's room one night and a drunken Dech ends up sleeping with her. He tries to tell Noi the truth but isn't brave enough and Oy's possessiveness gets even worse. Hom and Oy team up to separate Dech and Noi and Hom convinces Oy to trick Noi into coming to meet him at a shack in the woods by sending a letter signed by Dech. Hom hates the county deputy for reporting him to the police after he broke into the deputy's house and tried to sexually harass his daughters and wants to have both of them as a way of revenge. Nit ends up coming to the shack instead because she doesn't want Noi to go see Dech and Hom arrives to try to rape her. Oy finds out that Nit went in Noi's stead and goes to save Nit but ends up being raped by Hom. Oy stabs Hom to death and Dech arrives to witness the aftermath. He then carries Oy to safety and Oy becomes deeply depressed. Oy becomes pregnant with Hom's child and Dech feels guilty for having slept with her, so he decided to take responsibility for the baby by marrying Oy. He announces that no matter how much he loves Noi, he has to be responsible for Oy. Dech gets drunk and calls out Noi's name and Oy realizes that he will never love her and have him take responsibility for a child that isn't his. She takes pills to abort her child and ends up bleeding to death.

Dech gets a job offer to work in Phuket. It turns out that he was studying art when he was missing for 5 years and became a successful artist. He decides to take the job offer but the deputy who had grown close to Dech and seen how dependable he is, goes to drag Dech to his house and lets him know that he wants him as a son in-law. Dech then rushes to go to Noi and they reconcile. They get married and Noi goes to stay with Dech as he works in Phuket. The end. By: Cupid Candy