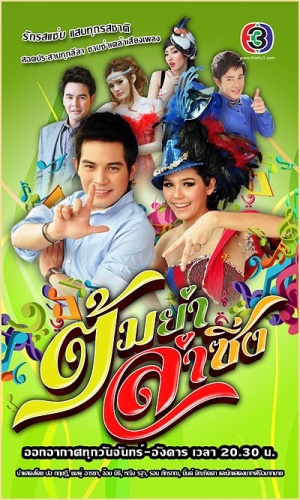 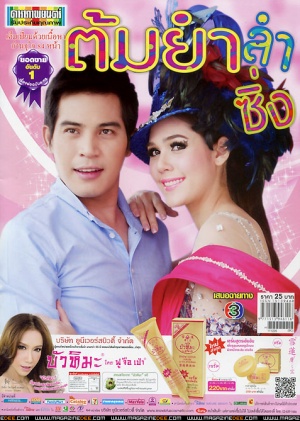 The brief story of Tom Yum Rum Shing is about a popular singer who comes from LA (U.S.A). Her name is Rungrawi Srila (Acting by Chompoo Araya). One day she escapes from her studio to find out the outside world where she is not allowed to see before her music opening. She finds a man who also loves singing. Chompoo has gone through many troubles after that. --Credit to Thailakorntv