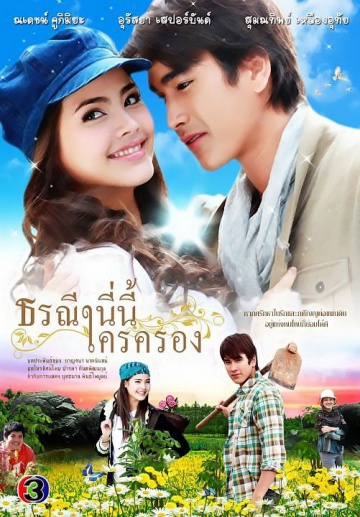 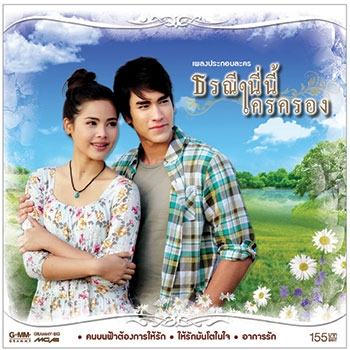 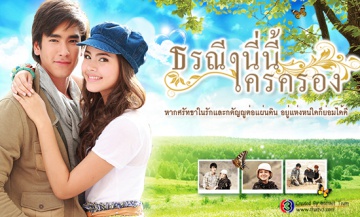 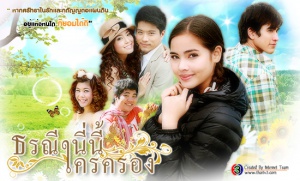 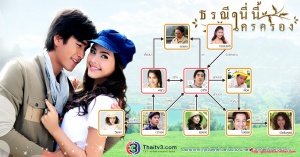 After Athit graduated from an agricultural college, he decided not to continue studying in order to open a chance for his brothers and sisters to study after they stopped studying and let him study until he graduated.

Athit didn't think to work in the government job. He dreamt to own the land and use his knowledge to make it useful.In the past, Athit's father stole Grandma Daeng's money and ran away from home because he didn't want to work hard in his mother's farm. Since Athit want to do farming, his father decided to send him to stay with Grandma Daeng, so that Athit can redeem his father's guilt.

Grandma Daeng welcomed Athit because all her children got married and left home, and no one wanted to carry on the farming work from her. Therefore, Grandma Daeng made a deal with Athit that Grandma would support the money for Athit's siblings' education funds and Athit had to work without salary to repay for this debt and for his father's guilt in the past.

Grandma Daeng treated Athit very well after she tested and trusted him. So, she decided to gave Athit her empty land to make it useful. Athit seemed to be Grandma Daeng's favourite grandson now.

Darunee was a high-school girl and younger than Athit, but she was adopted to be Grandma Daeng's youngest sister, so her status was Athit's grand aunt. Since the first met, she had prejudice against Athit and thought that he was her enemy because she was jealous of him and feared that he would steal all Grandma Daeng's love from her. Athit also didn't give in to her, so they always quarrelled and fought with each other. It made Grandma Daeng distressed.

Athit worked hard to develop the farm with his knowledge. However, he made a mistake by growing the Cavendish Banana in his farm for selling. He didn't know that this kind of banana is seeded and inedible. When Darunee knew it, she wanted to tease him, so she didn't tell him that this kind of banana is useless and inedible. She also told all workers not to tell Athit because she wanted to humiliate him later.

Darunee's evil plan was successful. Athit felt shame, very hurt and lonely in the strange land, so he went out to drink and got drunk. When he woke up, he found that he made a slip to Thongprasri, the grocery's daughter. He woke up in her room and she cried that he raped her.

It became the big deal. Grandma Daeng tried to help Athit as best as she could. Darunee felt guilty for causing Athit's trouble. Athit was seriously sick of malaria, so Grandma Daeng forced Darunee to apologize him and take care of him closely to redeem her fault. However, they still fought with each other behind Grandma Daeng's back.

When Athit got well, he got the trouble. Thongprasri was shameless and came to force Athit to accept her as his wife. Athit was sure that he didn't rape or sleep with her, but he didn't want Grandma Daeng to lose her reputation if Thongprasri and her family sued him, so he accepted to be responsible for her. So, Grandma Daeng let them get married. But Athit kept avoiding Thongprasri. He didn't even make an apprearance as a groom in the wedding ceremony by making an excuse that he had to work hard to repay for the debt.

Thongprasri's parents incited her to move to live with him in the farm and she really did. Athit had to move out to stay with the workers and didn't care about her. He kept staying away and working in the farm. Thongprasri was very lonely. Later, she got caught that she committed adultery and got pregnant. So, Athit chased her away back to her home and now, Athit was free from this fake marriage.

Athit's and Darunee's lives went on like the sun and the moon that is hard to meet each other. Athit tried to avoid her by going to work in the orchard all the time, so he didn't even know how Darunee lived and didn't know that she went to study in the university in Bangkok. Until many years passed, Grandma Deang passed away peacefully.

In Grandma Deang's will, Grandma Deang assigned Athit to take care of all inheritance and be Darunee's guardian until Darunee graduated, and then her anoher will could be opened again.

As Darunee's guardian, it made their relationship better. They got more familiar and had good feeling for each other. But they still argued with each other sometimes. Athit knew that Vethang, his uncle's son admired Darunee and tried to move on her. Though Athit didn't like Vethang, he tried to support Darunee to accept Vethang because he thought that Vethang had a good future and fortune. Darunee was hurt because she felt like Athit tried to chase her away.

After Darunee graduated, she brought Tulayanee or Toon, her friend home to take vacation. Darunee intended to match make her with Athit and her intention came true. Athit fell head over heels for Tulayanee. However, when the relationship between Athit and Tulayanee developed, Darunee had a strange feeling and felt hurt inside, but she pretended to be glad with their love.

Aunt Kaew, the maid who had been with Grandma Deang for so long couldn't stand seeing this situation because Grangma Deang used to tell her to make Athit and Darunee end up together. So, she hired Thongptrasri to show up and tell Tulayanee that she was Athit's wife and had a son with him. Tulayanee felt ashamed and ran away back to Bangkok immediately.

Athit was heartbroken. One day, he was sick because he was bitten by a snake. Darunee helped him and kept taking good care of him until Athit was impressed and just realized his own feeling for Darunee that he tried to keep deep inside.

However, Darunee thought that he still loved her friend, so she tried to tell him that she would try to make Tulayanee get back to him. Athit thought that Darunee had feeling for Vethang. That's why she tried to force him to her friend. Aunt Kaew knew that Athit and Darunee had good feeling for each other. She couldn't stand seeing them being tight-lipped and in denial anymore. So, she planed to do something to make them know each other's feeling and end up together.